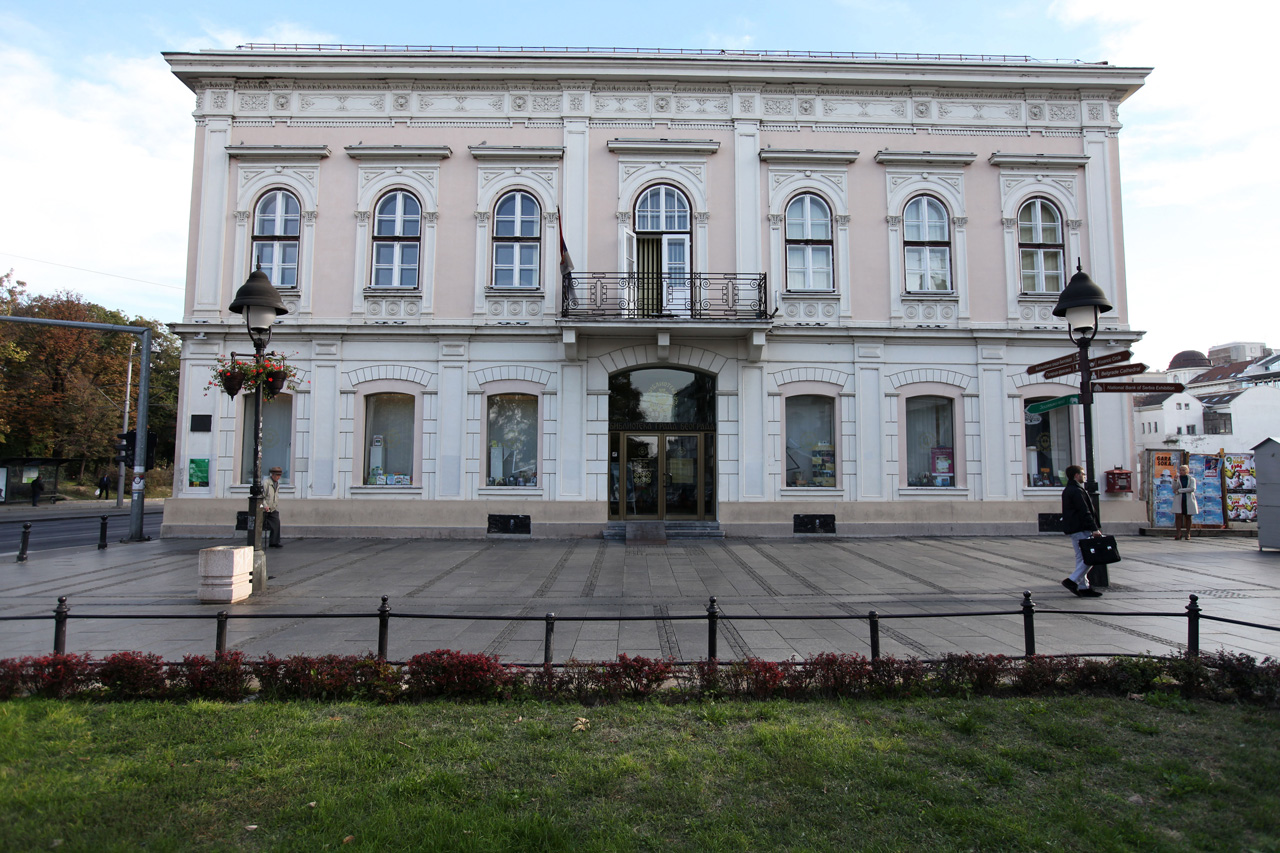 Since October 1986, the Belgrade City Library has been located at 56 Knez Mihailova Street, in the former building of the hotel Srpska kruna. The hotel was constructed around 1867 and at that time was the most modern, elegant and best equipped hotel in Belgrade. It was most probably constructed by the Krsmanović family – a family of rich merchants.   In the history of Belgrade architecture, the building of the Srpska kruna hotel marked the beginning of a period of intense Europeanization of Belgrade during the second half of the 19th century. The architecture of the building is eclectic, containing elements of renaissance and other styles. In professional literature, characteristics of the style of the building have been interpreted in two different manners The building has a rectangular base with three street facades. The composition of the building was designed around its central rectangular courtyard, which now may be seen in the Atrium Gallery. The construction of the building was manifested as a renaissance model. The characteristic windows, which end in arches richly decorated in plastic art, present the building’s basic element of style. The first floor is also decorated by two balconies with iron railings, the shape of which suggests Romanticism. The building has a rich roof ridge and a segmental arch above the front entrance. The forefront of the hotel was decorated in decorative plastic art in the neostylic form, which was very popular in the 19th century. The building was reconstructed in 1986 for the purposes of Belgrade City Library. The building has maintained its original appearance. Apart from its undisputable beauty, it is additionally valuable for its exceptional location on the very end of the most beautiful city street – promenade, which leads to the most attractive and best-known park of Belgrade – Kalemegdan.