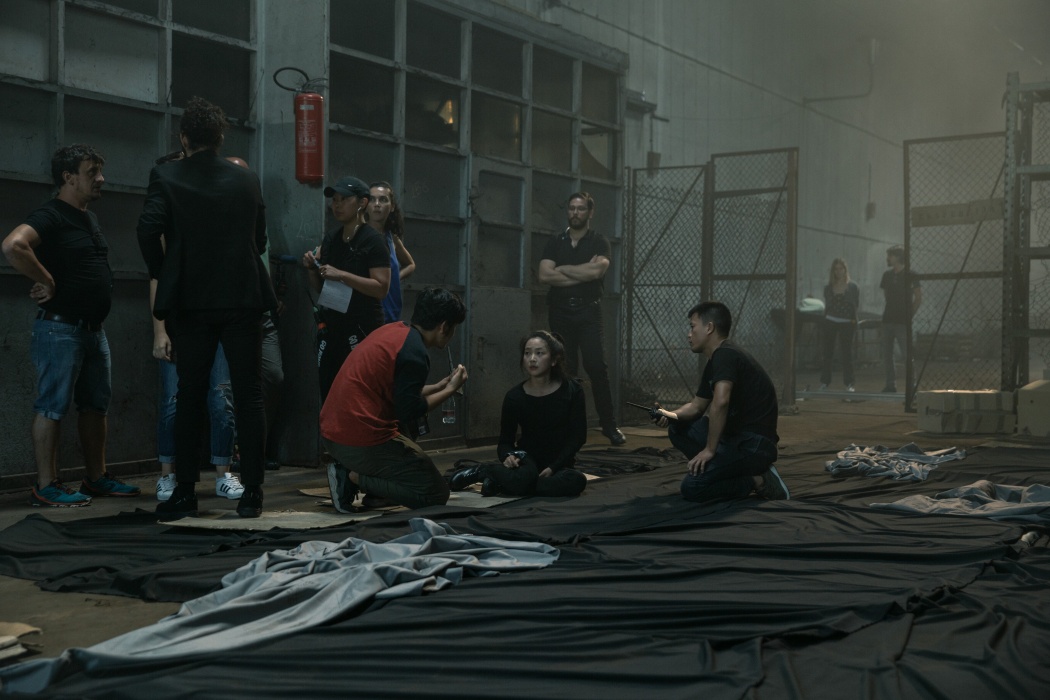 Belgrade continues to grow the status of one of the most attractive locations for shooting in Europe. This August the first Chinese feature film Belgrade Escape wrapped in Serbia after 30 shooting days that started in locations of city center. The film is collaboration between Broken Star Films from Beijing and Emote Productions from Belgrade who serviced the production. Thanks to the introduction of a visa-free regime between China and Serbia, as well as a cooperation agreement in the field of film and culture signed between the Ministry of Culture and Information and the Ministry of Culture of the city of Beijing, Serbia is becoming an increasingly attractive European destination for the giant Chinese film industry. The film is one of the projects that will benefit from 25% cash rebate incentive programme of the Ministry of Economy.

Directed by the debutante Wang Zhongyan, Belgrade Escape main roles are led by Andrew Kai Lin and Serbian actor Dragan Mićanović, playing his opponent. Although complete cast is from China, all members of the team behind the cameras, about 70 people, are from Serbia, which makes a total of 105 people in the film crew. Languages that will be heard in the film are Serbian, Chinese and English.

Director of the film, Wang Zhongyan, said that he chose Belgrade for shooting because of his East European spirit and atmosphere, good geographical position and favorable conditions for filming, although he stylistically relies on the giants of Chinese action movie as well as contemporary Hollywood films. Students’ campus and downtown were some of the shooting locations.

“This is a movie paradise that has been missed. Serbia and Belgrade have such a rich history, an unimaginable imagination; people are passionate and full of energy. Film professionals respect their job and love movies, they are experienced and loyal to their duties and they were great partners in this project – for the whole cast and me, as a director. In fact, every filming is a battle – not only you have to pick the location for the battle, but also, you have to find a trusted comrade. This is a place worth returning to lead another battle”, says Wang.

It is interesting to mention that, the main actor, Andrew Lin, popular in his country for roles in action films, began his career as a makeup artist, and he also dealt with special effects, which brought him in Hollywood. He has been acting in China, Hong Kong and Taiwan for the last 20 years. One of the most famous films in which he participated, certainly is “Man with Iron Fists,” from 2012 with Russell Crowe and Lucy Lee.

The overall experience working with Serbian Film Crews and locations used in Belgrade Escape give way to more projects from China shooting in Serbia.

Last year Belgrade became an inspiration for the documentary “Where the Sava Flows”, written and directed by Shangai bestseller author Chen Danyan, known with her multi million fan base as Madam Chen. Film was produced by Tang Media Partners and Shanghai Media Group – one of China’s largest media and cultural conglomerates that also produced Kung Fu Panda 3, Earth: One Amazing Day and Born in China. The executive producer in Serbia is Vision Team who took over the complete production and creative support for the film that portrays Belgrade recent history, cultural events, relevant cultural institutions like Museum of Contemporary Art and publishing house “Prosveta“. Belgrade streets inspired Madam Chen to try driving a motorbike, and like a real biker she filmed some exciting shots of the capital. World premier is expected at Shanghai International Film Festival 2019.

Serbia Film Commission recently produced a special edition of the Production guide for filming in Serbia in Chinese and English available HERE.