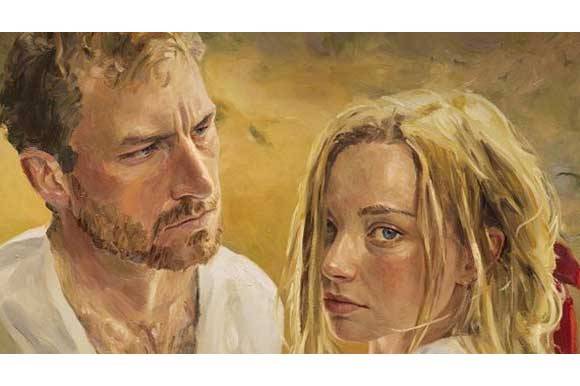 Digitalkraft is looking forward to its new exciting challenge. The final preps for the new project a feature length animation “The Peasants”, that will mark first co-production of this kind with Polish Breakthru Films Studio. The Polish team is well known for its previous project “Loving Vincent”, awarded and praised in festivals, including nominations for Oscar, BAFTA and Golden Globe. Breakthru developed specific artistic technique and animation pipeline that will be once again applied in production of the upcoming film, involving Belgrade team in the opportunity to master innovative techniques and be part of an ambitious European animation work.

“In November 2019, producers of the “Loving Vincent”, Sean Bobbitt and Oscar winner Hugh Welchman, contacted us with the idea to work together on a new project called “The Peasants”. Screenplay is actually an adaptation of the novel written by Polish Nobel laureate Wladyslaw Reymont. The film, written and directed by Dorota Kobjela and Hugh Welchman, will be created using the same oil painting animation technique. I believe while working together, both studios will improve existing technique with an even more fluid and organic painting process and cause an evolution in oil painting animation, innovating animated film at the same time”, says Jelena Angelovski, producer from Digitalkraft.

The creative spark between Polish and Serbian team clicked even more after visiting the National Museum in Belgrade, where they selected works from the period of academic realism of notable Serbian painters Uroš Predić, “Landscape in Bavaria”, by Milan Popović and “Flower Seller” by Miloš Tenković to be incorporate in the film. Artists in Belgrade, Sopot and Kiev will revive part of the common Slavic cultural heritage making it visible through the project and giving Serbia the opportunity to position its artwork within the cinematic world.

That’s why a dedicated open call for 15 academic and non-academic painters, experts in art of reproductions, will become a part of this major project. The application deadline is extended to September 18 for which you can apply via LINK. The project is scheduled to be released in 2022, and besides painters, the team will include 20 VFX artists and 2 supervisors Biserka Petrović and Vladimir Vinkić who previously worked on “Loving Vincent”. Belgrade team will be led by Ana Pakljanac from the Digitalkraft studio.

The shooting has already started in Poland and will last 36 days, while the total production budget is enclosed to be 4.5 million EUR.