FILM PRODUCTION IS BACK IN BUSINESS 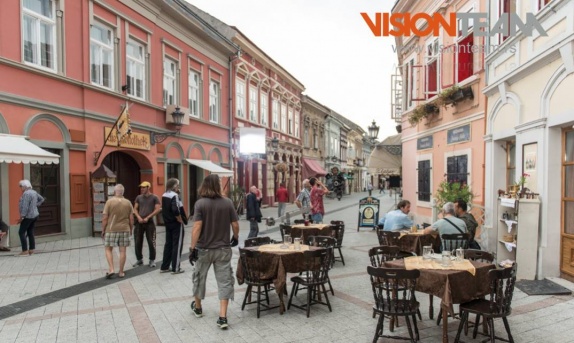 Film productions are ready to resume with adoption of safety protocols by the Government of Serbia. Safety measures and guidelines for Film Productions in Serbia are introduced through work of Serbia Film Commission and Film Center Serbia. As elsewhere measures include standard sanitisation and PPE for the crew members, temperature measuring, social distancing whenever possible, limited number of people on set and as much online work in pre-production as possible. As of May 22nd public gatherings are limited to 100 people and there is no requirement on PCR test for entering the country but testing on request is becoming available with a fee of 50 EUR.

Production companies are actively prepping for the filming season and a number of them officially announced principal photography for last week of May. The first ones to be back to their daily routine are domestic TV series and projects that were interrupted by CoVid19 outbreak and state of emergency declaration on March 15th. Only this time their daily routine will be slightly different.

Vision Team are the first ones to be testing the new protocols for their upcoming historic TV drama „The King“ with a smaller show based in their new studio facility.

„The exercise has shown us that it is possible but requires a lot of changes in planning and shifts in between teams. We shot 4 seasons of Survivor in remote jungle locations where risk of malaria was present, so some of the health measures and attitude we are practicing now is drawn from that experience. Real locations will follow after we are done with studio. Even in quarantine we filmed the empty streets for plate shots that will be altered with VFX“, says Dragan Đurković, CEO of Vision Team and Board Chair of Serbia Film Commission.

Balkanic Media team who are shooting on the backlot in PFI studio is ready to go back to the set and diverse medieval locations around the country.

„We are working on travel arrangements for „Outpost“ cast from US and UK while Serbian crew is preparing extensively with respect to health guidelines. We are ready to restart shooting first week of June with teams split in groups so that overlap is avoided as much as possible“, says Ivana Vasić English, costume designer and partner in Balkanic Media.

Alongside TV series the advertising clients are getting ready to return to Belgrade and finalize contracted shootings. Production companies are introducing different systems for remote shooting to enable presence of only essential crew members on set. Local advertising projects are already in production.

Direct airlines to London, Vienna, Frankfurt and Zurich were resumed from May 18th, and further lifting of restrictions is expected to follow soon with global  measures. Hotel industry is open for business and in close communications with production teams our preferred hotel partners are ready to introduce additional measures specific to film industry.