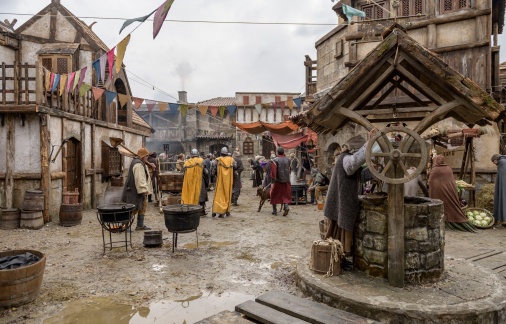 April 24th, 2020 – London-based financier Head Gear Films announced today the largest investment in productions aiming to shoot in Serbia. Head Gear is known as one of the most prolific providers of production services and debt finance to independent media projects. The facility will be operated in partnership with Belgrade-based production outfit Balkanic Media, which has been founded by Ironclad filmmaker Jonathan English with Los Angeles-based producer James Gibb.

The fund will cash flow the government rebate in Serbia, which proved as one of the most efficient cash rebate programmes around Europe offering 25% for qualifying film and TV productions and rising to 30% for qualified Serbian spend on features with a budget €5M and above. Head Gear’s experience on locations in Serbia will be further advanced with Balkanic’s experience in successfully handling two seasons of CW’s The Outpost and the third season of CBS’s Seal Team that both benefited from Serbian cash rebate.

Head Gear Films, founded by Phil Hunt and Compton Ross, said the fund would focus on TV series but would also be available for single picture financing. This marks the largest commitment by a single film financier to Serbia and further advancement of international filming portfolio in post CoVid19 period. The fund is designed as revolving credit facility without sunset date offering debt and gap financing for Balkanic’s service productions but also its own original content.

“I’ve always been keen on expanding into other areas and this partnership with Balkanic will build on our growing television slate as well as continuing to lay foundations in other territories. I’ve known Balkanic partners Jonathan and James since the mid 90’s so this is a perfect fit for a new venture in Serbia”, said Hunt.

“Serbia has positioned itself not just as a shooting location but as a reliable production partner. The government rebate combined with low production costs, world class studios at PFI and highly experienced crew, makes Serbia the unbeatable deal in Europe”, concluded English. Balkanic is currently shooting the third season of series The Outpost at PFI Studios in Belgrade for Dean Devlin’s Electric Entertainment and Arrowstorm Entertainment. The company has also produced indie films The Deal and A.I. Rising.