The Municipality covers an area of 186 km2 and is one of the smallest municipalities in South Bačka County. According to the 2011 census, the total population of the Municipality is 15,726 with the total of 5,577 households. The population density is 84 people per a square kilometer, which is below the Serbian average. The Municipality is of rectangular shape stretching 7-10 km in the direction North-South and in the East-West direction it elongates for 27 km.

Sights of tourist or geographic interest in the territory of your Municipality:

The Beočin Monastery, the Rakovac Monastery, the Old Špicer Palace, seven Christian Orthodox churches, three Roman Catholic  churches,  one Evangelist church and a Muslim community  center, the Heritage Museum in Čerević, the Gradina archeological site  in Rakovac, the White Quarry in Rakovac, the Ravne Palace in Sviloš, Andrevlje resort with a congress center, the sandy beach along the Danube in Beočin, the excursion areas on Brankovac, Zmajevac, Osovlje and Hladna voda, the children’s holiday camp of Testera, the Wine Route passing through Beočin Municipality, the Atos Koruška restaurant, etc.

Beočin has a relatively good traffic–communication and strategic position, and its potential in this regard far exceeds the present use. Municipality has a position that is favorable in terms of transit, and it is partly near the border. It has good traffic connections with more immediate as well as farther surroundings, primarily by the road to Novi Sad, Sremska Mitrovica, Belgrade and the border crossing towards the Republic of Croatia. 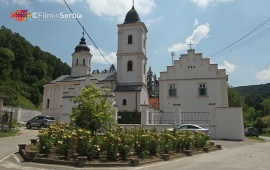 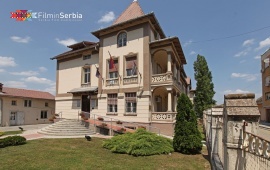 Go to Beočin locations gallery
Back