Kragujevac is located in the central part of Serbia, at average height above see level of 180m. The landscape is typical for Šumadija: mountains, hills, and valleys. Town is surrounded by three mountains: Gledićke planine (922 m.a.s.l.), Crni vrh (707 m.a.s.l.), and Rudnik, the tallest mountain of Šumadija (1.132 m.a.s.l.) in Lepenica river valley (48km). Mountains are covered by forests (most represented are beech, hornbeam, oak, and Turkey oak), as well as by meadows and pastures. The territory of the town is interwoven with many small rivers, streams, springs and waterfalls. The territory of the town boasts three lakes: the lake in Šumarice, Bubanj Lake, and the lake in Stragari.
The most important institutions of modern Serbian State were founded in Kragujevac (the homeland of modern Serbia). The very centre of the town hosts Knežev arsenal which is a matchless industrial site in Europe, Milošev venac – Duke Miloš’s Court Palace, the Old Foundry Museum (arms and weapon made in Zastava Kragujevac), etc.
The geographical centre of Serbia is 8km on the west from the centre of the town. The best views are those from Bešnjaja, Žeželj, Gledićke planine, and Rudnik. In the nearby Divostin village there is a Neolithic site.
Almost all architectural styles from the end of XIX and the beginning of XX century can be seen in the centre of the town: Secession, Academism, Neo Renaissance, industrial construction of that time. The period after World War II is characterised by Socrealistic style, housing machines, industrial mega structures, etc.

The projects filmed in the location within this municipality in past five years: 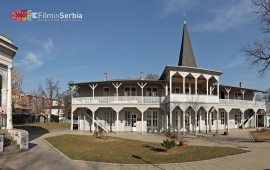 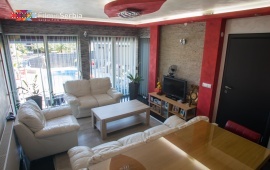 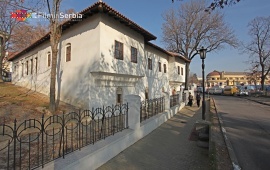 Go to Kragujevac locations gallery
Back