Novi Sad is in the central part of Vojvodina Province, in the North of Serbia, at the meeting place of Bačka and Srem. With 15 city neighborhoods, the Municipality area covers an area of 702 km2, and the narrow area of Novi Sad with Petrovaradin and Sremska Kamenica occupies 129 km2. The City  is surrounded by the Municipalizes Bački Petrovac, Vrbas, Temerin, Žabalj, Titel, Indjija, Sremski Karlovci, Irig, and Beočin, whose inhabitants, just as the inhabitants of some other municipalities of South Bačka County, gravitate towards Novi Sad.

The City lies on the River Danube, between the 1,252th and 1,262th kilometer of its course. On the left side of the Danube the City area is flat (Bačka), and on its right bench, on the slopes of Fruška Gora, the hilly part of the City is located (Srem). Its Bačka side is on 72 – 80 m.a.s.l. and its Srem side is on 250 – 350 m.a.s.l. The Small Bačka Canal, a part of the Danube-Tisa-Danube hydro system, flows into the Danube near Novi Sad. The Bačka side of the City lies on both sides of this Canal.

Novi Sad is the largest town in the Autonomous Province of Vojvodina, the most developed part of Serbia. As the leader in the region, Novi Sad is constantly being further built and developed.

It lies on the Danube, at the heart of South-Eastern Europe. It is the administrative, university, business, cultural, tourist, trade fair, and congress center of the region. Two main roads pass through the City – Corridors X and VII connecting the West and the East in the fields of economy and culture.

Novi Sad is recognized as a safe, healthy, and stimulating place to live, work, and invest in.  This is confirmed by the Business Friendly Certificate that was awarded to the City of Novi Sad as a kind of guarantee for the investors that the Municipality offers all required conditions for successful start and development of business.

In architectural style, Novi Sad is a typical Central-European town. The City has only several buildings that were erected before the 19th century since the old Novi Sad was demolished in the revolution of 1849. The center of today’s city is dominated by the 19th century architecture. Once low houses prevailed in the town, but now they are being gradually replaced by modern multi-store buildings. The architectural styles in old center of the City includes Classicism, Baroque, Secession, the National Style, and many other styles that fit together very well and supplement each other developing a unique story of Novi Sad history through centuries.

Novi Sad is on the crossroads of main international roads:

Corridor X: Motorways E-75 and E-70 and the railways, as well as the parts of Corridor X, connect Novi Sad with the Western and Central Europe and the Middle Asia.

Corridor VII (the Danube): the Danube is the connection with the North Sea and the Atlantic Ocean, and through the Danube-Rein –Mein Canal with the Black Sea. Has a well-serviced port and three international river anchorages. 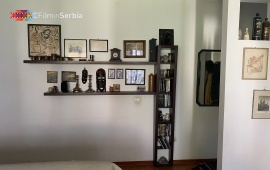 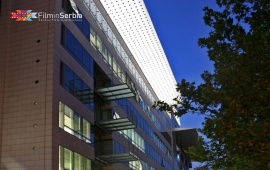 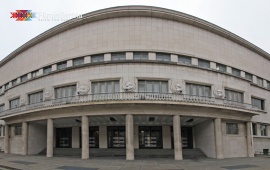