Boljevac Municipality is in the Eastern Serbia, covering the Northern part of the mountainous range, in Crni Timok river valley. Geographicly, its territory belongs to the Eastern Serbia, historically it belongs to Timočka Krajina and administratively to Zaječar County. It is surrounded by the municipalities of Bor, Sokobanja, Ražanj, Paraćin, Despotovac, Zaječar, and Knjaževac. The Municipality is almost completely enclosed by mountains: on the North and North-West with Kučajske mountains and Maljenik, on the South with the cliffs of Samanjac, Rtanj, Tumba and Slemen, on the East – with Tupižnica slopes.

Boljevac Municipality is very large (827 km²); it is a mountainous area rich in waterways; it has 24 administrative and 19 cadastral divisions. The Crni Timok river valley divides the territory of the Municipality in two, from South-West to North-East, the Northern part being higher and more spacious and the Southern one being lower and more densely populated.  It is situated at 260 – 1600 m.a.s.l.

The territory of Boljevac Municipality consists of 46% of arable land, 51% of forest area, 3% of roads and facilities.  Deciduous forests (beech) and pastures dominate. People engaged in agriculture and animal husbandry, its inhabitants spend their summers in the mountains (mountain cabins) as well but in rural communities.

Radovanjska river is almost as beautiful as Crni Timok, and Zmijanac and Arnauta are small rivers traversing Boljevac.  The Municipality has built a dam on Zmijanac. It is also a swimming area accompanied with sports facilities (located in the central part of the city).

It rises monumentally but calmly from the Crna Reka valley and ends in a perfect pyramid at 1566 m.a.s.l. According to the legend, a full-of-gold court palace of a wizard stood in its place. But the palace burnt in a fire and gold melted and poured down the walls creating a pyramid. Nature lovers, adventurists and mountaineers never miss the opportunity to climb to the top of Rtanj from where, if the weather is right, you can see the Danube, Avala, Kopaonik, Stara planina, and Vidin with a part of Bulgaria. That is why people say that when you climbed the top of Rtanj, you have mounted to the roof of Serbia.

At the South-East of Rtanj Mountain you can find Rtanj tea plants which are renowned for their therapeutic effect and exceptional aroma and taste.

Due to its beauty, virgin nature and rare plant species, Rtanj area has been protected by the Institute for Nature Protection.

On the forest-covered slopes of South Kučaj, at 900 m.a.s.l. there stretches Velika Brezovica. This exceptionally beautiful landscape host a very comfortable 16-bed hunting cabin. This facility is run by “Srbijašume”. The territory of Boljevac Municipality hosts three hunting grounds, all of which are entrusted to the care of “Timočke šume”. Total hunting area is 85,000 hectares. Some of most important cultivated species include: fallow-dear, European roe deer, and wild boar. These hunting grounds are well technically equipped (waiting sites, feeding and drinking sites).

Bogovinska pećina (Bogovina cave) is a protected natural asset category III. Being more than 6,000 meters long, it was the longest cave in Serbia for a long time. It is located in the territory of Boljevac Municipality, at the Eastern perimeter of South Kučaj, in Bogovina village. It is 12 km from Boljevac.

The regulated part of the cave (600 m long and 80 cm wide paved path, with lighting) features:
1.    Concert hall – with its Northern wall covered in monumental ornaments, with a cupola and waterfalls of colors. It is grandiose and imposing and thanks to its good acoustics it was named ‘concert hall’. Different music and literary events can be organized here.
2.    Mining Hall – located on a terrace on the right side of the river canal. It is devoted to Bogovina miners.
3.    Cyclops Hall – abounds with decorations, mainly stalagmites.
4.    Brigand Hall – named after a 10 m tall russet stalagmite that symbolizes Hajduk Veljko.

Pećura –Krivi Vir village hosts a complex of Crni Timok sources: it consists of a main source and a second, much weaker source. Pećura complex consists of three caves and one thermal spring with water temperature of 21-22°C.

Ilino village (5 km from Boljevaca) hosts Ilinsko vrelo – an abundant source of cold drinkable water springing out of a rock. 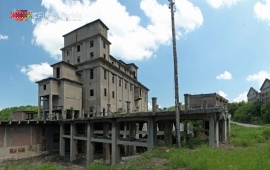 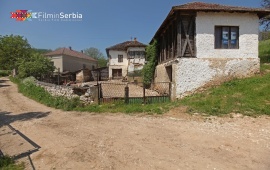 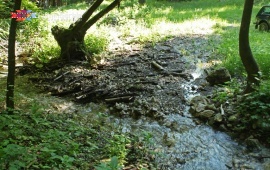 Go to Boljevac locations gallery
Back