Golubac Municipality is on the North-East of Serbia, on 78 m.a.s.l.  and it covers 52 km of the Danube right side. The city is located on the  Danube where it enters Đerdap Gorge, at the foot of Kučaj Mountains.  Đerdap Nature Park, an area of unique beauty abounding with flora and fauna, spreads over more than 50 % of the territory of Golubac Municipality. It is the largest nature park in Serbia (63,608 ha) occupying more than a half of the it’s territory. As many as four nature reserves are located in the territory of this Municipality (Golubački grad, Bojana, Bosman–Sokolovac, and Tatarski vis). Đerdap Gorge (so-called “Iron Gate”) is the largest river gorge in Europe with the mighty Danube breaking through the Carpathian Mountains in the length of 90 km. It consists of four minor gorges: Golubačka, Gospođin vir, Kazan (with max. depth of 90 m), and Sipska, and three valleys: Ljupkovska, Donjomilanovačka, and Oršavska. The territory of Golubac Municipality hosts Golubačka Gorge, Ljupkovska Valley, and Gospođin Vir Gorge. 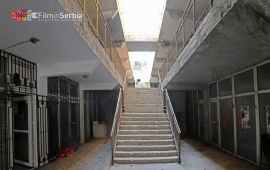 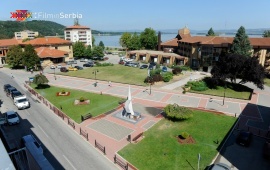 Go to GOLUBAC locations gallery
Back