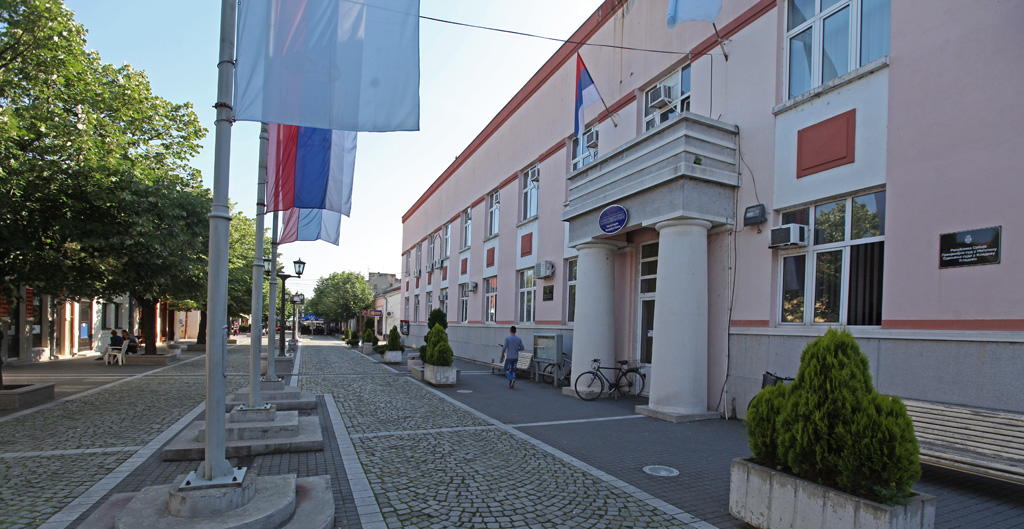 Kladovo Municipality is situated at the far East of Serbia and covers a part of Vlach-Pontian lowlands, namely Dunavski ključ (the Danube Key) named after a large meander which the Danube creates after it leaves Đerdap Gorge, and the East slope of Miroč Mountain.

Kladovo Municipality belongs to Bor County. It borders Majdanpek Municipality at the West, Negotin Municipality at the South and South-East, and at the North and the East, in the length of 91 km, the Danube substitutes the country border with neighboring Romania. It spreads over an area of 629 km² embracing 23 conglomerations with the population of 27,169 out of whom 6,534 live and work abroad.

The territory of Kladovo Municipality is dominated by hills and mountains, except of the farthest East area which belongs to the Vlach-Pontian lowlands (with the height above sea level varying from 40 m at the confluence of Slatina River into the Danube to 626 m.a.s.l. on Miroč Mountain).

When “Đerdap I” hydropower plant was built on the Danube near Kladovo, Đerdap Lake, the largest man-made lake in Serbia, was created. Two lakes are situated in the town, in the vicinity of Fetislam Fortress, one is a swimming area and the other serves as a recipient of atmospheric water.

The many-branched hydrological network with the Danube being the largest river and the richest in water, consists of Velika, Podvrška, and Rečka rivers which flow into the Danube, plus a large number of wells and several thermal springs.

The territory of Municipality covers about 28,000 ha forestland. Western part of Kladovo Municipality embraces some 30% of “Đerdap” Nature Park boasting a versatility of flora and fauna and many possibilities for the development of different types of outdoor activities and tourism (mountain climbing, speleology, hunting, fishing, bird watching, picking medicinal plants and fruits of the forest, etc).

Trajan’s Plaque – Roman emperor Trajan had built a road from Belgrade, thorough Đerdap Gorge, all the way to the place where he raised a bridge on the Danube (Trajan’s Bridge). He finished his road construction works in the year 100 A.D. marked the occasion placing a plaque with inscription. That plaque is now known as the Trajan’s Plaque (Tabula Traiana).

When Đerdap hydropower plant was built (in 1969), the Roman road was flooded and, to save the Trajan’s Plaque, the decisions was made for it to be cut out and raised 21 meters. It can be seen only from the Danube.

This site is protected by the National Institute for the Protection of Cultural Monuments as an immovable cultural asset of exceptional importance.

Hajdučka vodenica (Brigand’s Watermill) – Mesolithic and Iron Age necropolis were discovered in archeological research. Also discovered were the remains of a Fortress originating from the Late Antique period that was renewed in the Byzantine period, at the time of the Emperor Justinian.  This site was populated until as late as the 15th century.

Trajan’s Bridge –  The remnants of Trajan’s Bridge and Pontes Fortress are situated near Kostol Village, 5 km downstream from Kladovo. The bridge that was built in only two years, from 103 to 105 A.D., is a work of the Syrian architect Apolodor from Damascus. It is one of the most impressive architectural works from the Antique period. Together with portals, the bridge was 1133.90 m long and the part traversing the river bed was 1071 m.

Diana Zanes – Diana Fortress was erected at the very bench of the Danube, on a prominence near Sip Village. The construction of this structure made of dirt and wood is associated with the arrival of first military formations to the Danube at the beginning of the 1st century. The larger stone fortification was created at the times of Emperor Trajan’s construction activities.

Fetislam Fortress – This fortification on the Danube was erected by the Turks in 1524. It was named Fetislam, which means “the triumph of Islam”, and divided into two – the Small Township and the Large Township. It is believed that the Small Township was the artillery base protect by the circular towers. Marble plaques paying tribute to the Sultan Mahmud II are now attached to the gates leading to the Fortress.

“Đerdap” Archeological Museum – Archeological museum in Kladovo was founded and opened in 1996 as a branch of the National Museum in Belgrade, with a task to collect, keep, develop professional and scientific documentation for, present and publish, namely to interpret the cultural heritage of the Danube Region – Đerdap. Abundant and versatile Đerdap archeological collection was developed for more than 50 years within the program of archeological excavations and research of Prehistoric, Roman and Medieval sites in the framework of the protection efforts undertaken through a multidisciplinary Đerdap project–Diana / Zanes Project.

“Đerdap I” hydropower plant – “Đerdap 1” hydropower and navigation system is a complex and multi-purpose facility that was built on the Danube, 943 km from where it flows into the Black Sea, in the period 1964 – 1970. It is still the largest hydropower endeavor on the Danube. It is 1,278 m long, absolutely symmetrical and designed in such a way that the countries (Serbia and Romania) have equal share of the main facility, maintaining and exploiting it in accordance with the agreement and conventions on construction and exploitation.

Old neighborhood in Kladovo – A pedestrian zone in the center of Kladovo which is protected by the Institute for the Protection of Cultural Monuments as a singular cultural and historical area. The refurbished municipal building is located in the Old neighborhood, as well as many shops, restaurants, and other facilities of public interest, which makes it the crux of the social life in Kladovo.

Holy Trinity Monastery in Manastirica – The Monastery is located on 236 m.a.s.l., above a settlement with the same name. It was founded at the time of King Milutin. According to the legend, Olivera, Prince Lazar’s daughter, who was married to Sultan Bajazit lived there after Mongolians defeated her husband.

St. George’s  Church, Kladovo – About 1735 already the City of Kladovo had a small church of St. George which stored the inscriptions thanks to which we can today explain some parts of the history of the Orthodox Christian population of the region, maybe even the origin of the name of the city. Today’s St. George’s Church was built at the time of Obrenović Dynasty, in 1856, and it was sanctified a year later.

“The Foam” and “The Spark” weather balloon stations on Đerdap - Kazan, the most dramatic natural landscape along the Danube was at the same time the most dangerous for navigation during the old regime, before the dam was built. Difficult navigation conditions in Kazan were then regulated by a specific river traffic management and control system. The system consisting of six signal stations located at both sides of the Danube served as a sort of traffic lights on the Danube. A raised or lowered balloon signaled ship captains to pass through or to wait until the ship from opposite direction passes by.

“Đerdap” Nature Park – Đerdap Gorge and nature area along the gorge, as a spatial unit covering 63,608 hectares features exceptional cultural-historical assets, significant natural ecosystems which are of outstanding composition and rarity, the indigenous flora and fauna and well-preserved forests of natural composition and superior outlook. In 1974 this area was placed under protection as Đerdap Nature Park, the largest nature park in Serbia. A part of the nature park (30%) is in the territory of Kladovo Municipality.

Kazan – After it leaves Donji Milanovac Valley, the Danube enters into 19- kilometer long Kazan. This is the place where the Danube is both narrowest (140 m) and deepest (90 m). Before “Đerdap” hydropower plant was built, beluga sturgeon that came from the Black Sea used to spawn in the deep whirlpools of Kazan. Kazan features cliffs and rocks Large and Small, extending 800 meters and falling vertically into the river. These rocks change color depending on the position of the sun and the time of day, which is a wonderful sight. From the rock called Ploče, above Kazan, there is a wonderful view of Đerdap. Brigand’s Watermill is located at the exit from the Small Kazan.

Petrovo village with nearby caves – An authentic Miroč neighborhood with preserved ancient ambience, one of a kind in the entire area of “Đerdap” Nature Park. It is 23 km West from Kladovo. Founded by Montenegrin immigrants in the middle of 19th century, it was named after King Petar Karađorđević who hid in the nearby caves after he secretly returned from Romania to Obrenović Serbia. The following caves and hollows are worth mentioning: Banja Cave, Miličina Cave, Small and Large Cave, Namčki Precipice, Ružina Cave, Dosu-Isak Cave, the Evil Cave (Gaura-Ra).

Blederija Waterfall – Blederija Waterfall, the most beautiful natural attraction is located near Reka Village, about 15 km from Kladovo. The River Blederija http://www.vodopadisrbije.com/maps/big_3.jpg springs up on 190 m.a.s.l. and flows South-East. After spilling over a gypsum shaft, the water plummets vertically from a height of about 7 m into a gypsum tub and creating a water curtain, a large whirlpool or a small lake, turquoise in color.  On a side of the large waterfall there is another, smaller one that disappears in summers, when the water capacity in the river is low, but that is always there in the spring, when the river is rich in water, up to several hundred meters in a second. Above the waterfall, about 2 km on the right side, there are springs of subthermal water the temperature of which is 17°C.

Bird Oasis in Mala Vrbica – Mala Vrbica is one of 35 identified Important Bird Areas or IBAs in Serbia. This international classification of important bird areas means that work is being done on their identification, monitoring, and protection. An area acquires IBA status if it meets the strict criteria based on the presence of endangered bird species and the size of their population. Even though IBA network is based on the abundance of bird species, the protection of this area contributes to the preservation of a large number of other animals and plans.

Mountaineer trails towards Miroč – Miroč has a mountain climbing tradition and many mountaineer trails, but they are only partially marked. Large and Small Štrbac paths are marked with Knafelc signs (red circles with a white spot in the middle).

Brza Palanka ethnic heritage center – A complex of ethnic houses stretches along the walkway sideways the Danube, in new Brza Palanka that was built after the old settlement was flooded when “Đerdap II” hydropower plan was erected. Ethnic heritage center features a permanent exhibition with dishes, tools, clothes and other traces of old Brza Palanka, Miroč, Ključ, and Krajina area tangible culture. 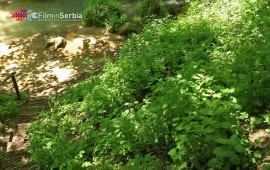 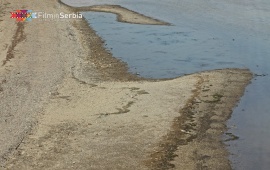 Go to KLADOVO locations gallery
Back