Faculty of Philosophy in Novi Sad 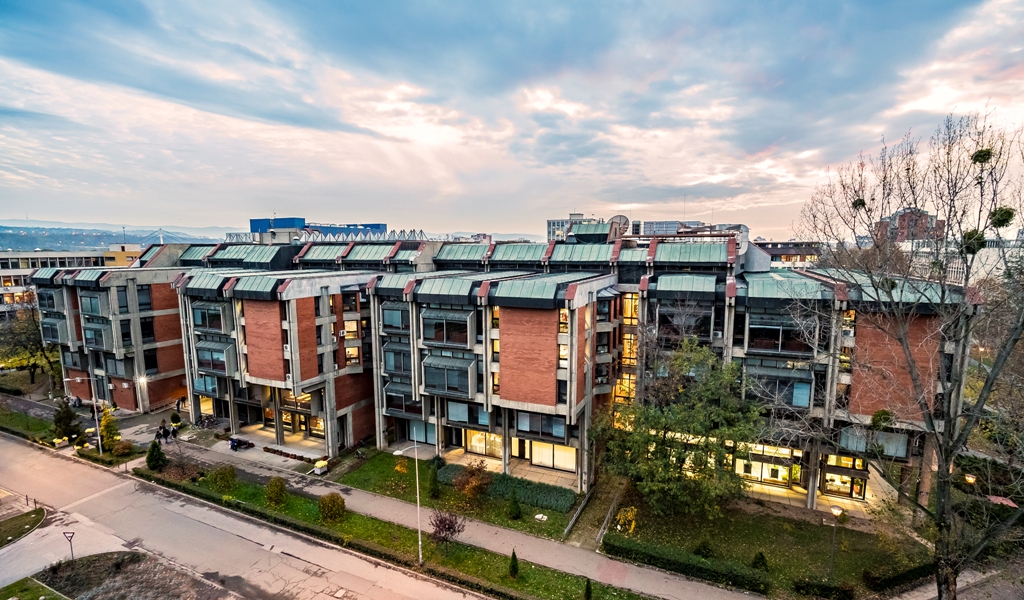 The building of the Faculty of Philosophy is located on the left bank of the river Danube, within the Campus of the University of Novi Sad, overlooking the greenery and the Petrovaradin fortress. It is an award-winning project by the architect Aleksandar Stjepanović and his associates, Božidar Janković and Ljiljana Jovanović Anđelković. The facility was constructed from 1974 until 1979, when it became operational; it occupies the area of 13,000 square meters and five levels. It comprises 45 classrooms, an amphitheater, phonological laboratories, an experimental psychology laboratory, a projection room with conference interpreting booths, a ceremonial hall, a radio and TV studio, as well as numerous offices for teaching and administrative staff, reading rooms, departmental libraries and a huge central book depository.

The facility is one of the most successful architectural projects in Serbia made in the modernist style, whose spirit has largely been preserved even with the processes of building modernization. Both exterior and interior are characterized by the structural elements of concrete, red bricks, copper roof and wall cladding and large aluminum window and door frames; the interior also features details and furniture made of red wood.

In 2015, the Faculty founded its Art Collection, which has been growing ever since and currently comprises 51 contemporary works of art – paintings, graphics, sculptures, drawings, collages and photographs.