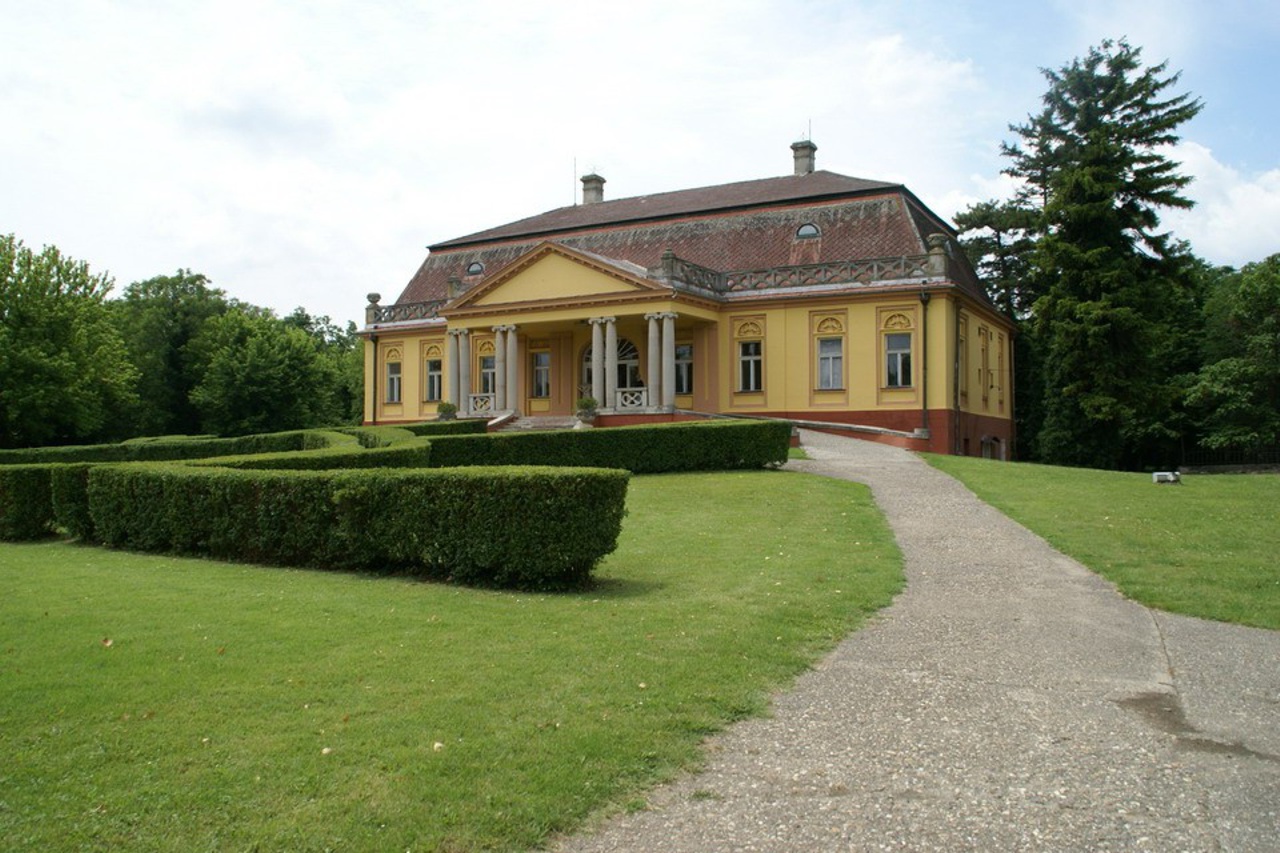 The big mansion or castle is the central building within the Kulpin museum. It was built in the early 19th century. The construction works were completed in 1826. In this region, the construction of mansions and landowners’ villas at the end of the 18th and early 19th century, generally followed the usual rules of the Classical style. It consists of a staircase, access ramp and four pairs of Ionian pillars, carrying the architrave and pediment. On the back, there is a pent angular entrance porch with circular openings on the sides. Above the porch, there is a spacious terrace, covered by a dome. The terrace provides a unique and striking view over the park and its surroundings. The interior of the mansion is also built in the Classical style. The small mansion is a single-storied villa built in the late eighteenth century. The designers of the garden, sought to recreate natural scenery around the mansion, a common practice at that time. In front of and behind the mansion, large grassy areas were created to emphasize the monumental appearance of the building. The park covers an area of about 4.5 hectares.