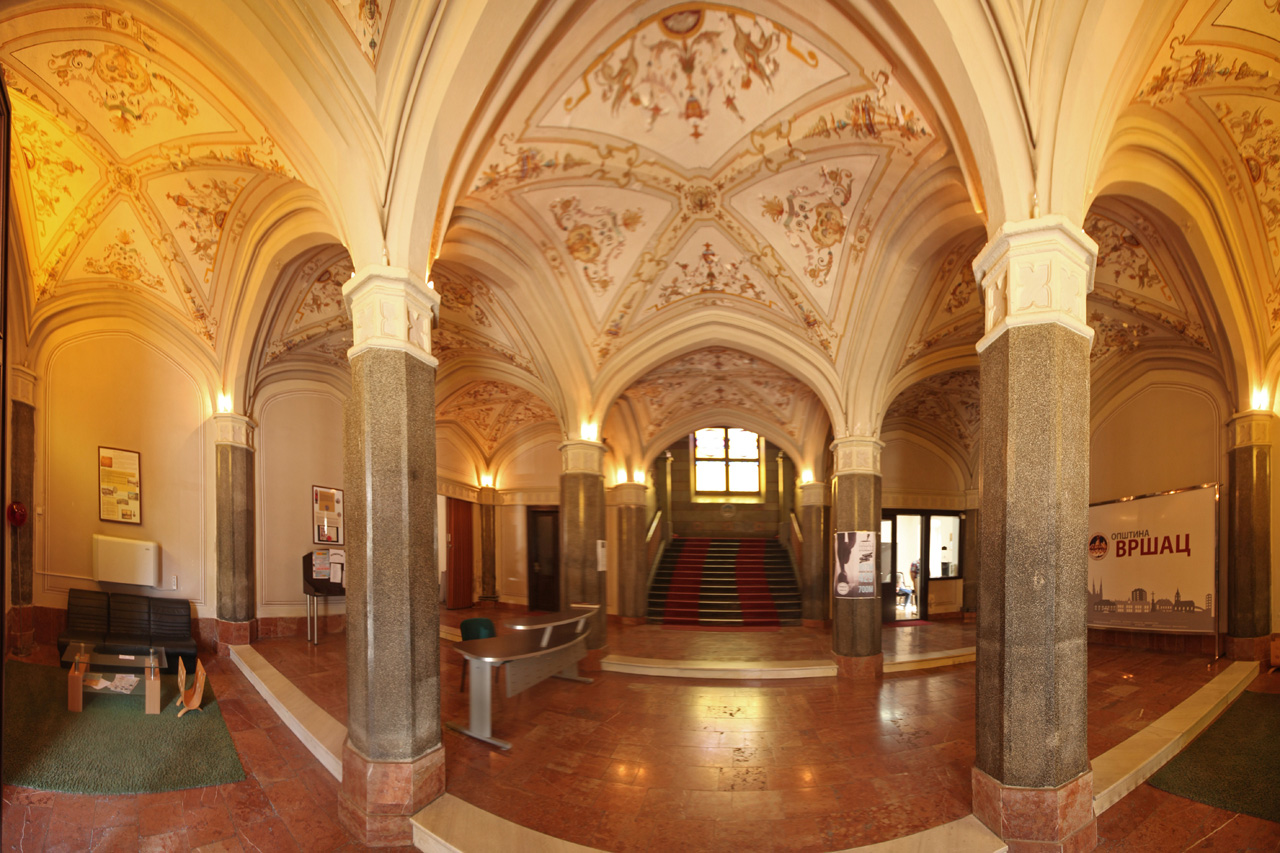 Vršac got its town hall in 1795, when the two municipalities – Serbian Vršac and German Vršac, which had existed as two independent administrative units from 1717, united into a town. At the proposal of the Town’s Head Aleksandar Stojaković, the construction of the new Town Hall began in 1859. The new building was built in neo-gothic style and in its foundation a memorial, written in Latin and Serbian and signed by all prominent townsmen, was built into.