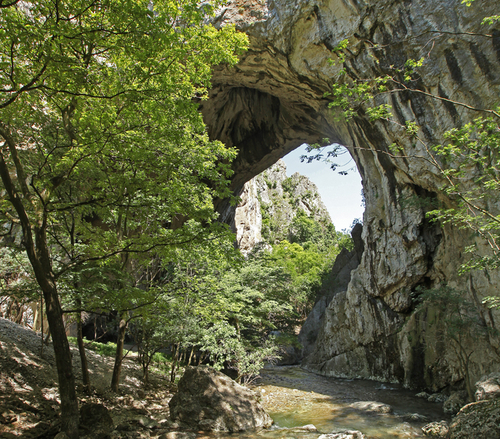 River Vratna is a right tributary of the Danube, which springs on the east side of the mountain range Veliki Greben, and which is formed from two arms with different sources – Mastakan and Velika Breza.  The relief in the Vratna basin has been built by the waves of the lake, which existed during Pliocene. Vratna stone gates, through which flows clear mountain river, have the dozens of species of flora and fauna, unique in Europe. Within the Vratna stone gates there are several under-researched cave exceptional beauty and configuration. Stone gates have rare herds of mouflons and fallow deer. At the end of the canyon is monastery Vratna, built in the 14th century.