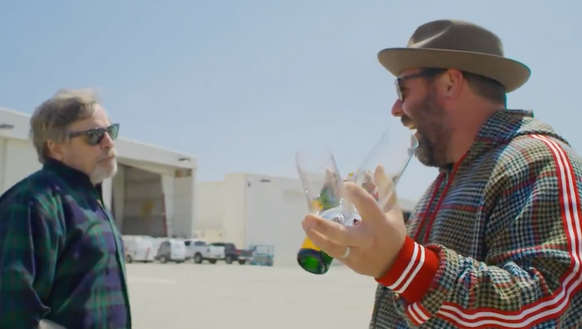 BELGRADE, RS – April 27, 2021 – Production is set to begin in May, on location in Serbia for Legendary Entertainment’s upcoming film, The Machine, starring popular US comedian Bert Kreischer, Jimmy Tatro (Home Economics) and iconic Star Wars alum, Mark Hamill. Based on true events, the film centers around the viral hit story Bert tells onstage about his experience on a class trip to Russia in the 1990s, where he befriended a gang of local mafia and ended up being coerced into helping rob a train. Set in the present day The Machine is the story of one man’s past finally catching up with him, and the ways in which the adventure that results forces him to confront his fractured relationship with his father. It finally answers the question: what if Eastern Promises was an action comedy?

The cast and crew recently arrived in Belgrade in high spirits, following Bert Kreischer and Mark Hamill’s humorous social posts marking their departure from the US (@HamillHimself and @BertKreischer).  Atencio added, “We are so grateful for the warm welcome and unparalleled support that we’ve received from the local community as well as the many Serbian film professionals that are also serving as members of the cast and crew. We are looking forward to a very successful shoot here in Belgrade.”

Due to the current COVID-19 pandemic, public access to The Machine film set will be highly restricted in compliance with film industry best-practices as well as local health and safety requirements. Media outlets, fans and members of the surrounding communities are asked do their best to support this artistic endeavor by respecting the boundaries set forth by production in an effort to keep everyone safe.