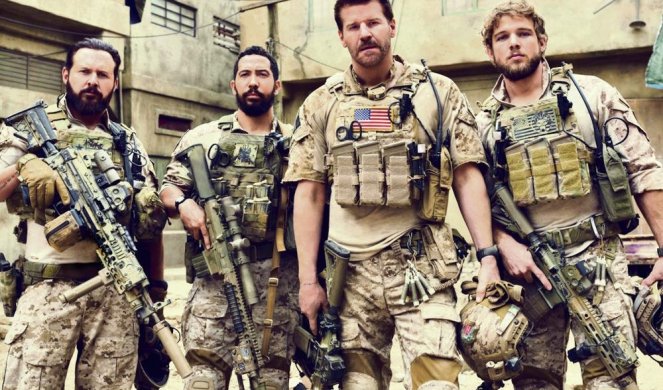 The CBS Television Studios show, SEAL TEAM, will shoot 4 new episodes on location in Belgrade this Summer. Two of the episodes will open Season 3 and will actually be set in Belgrade. In other episodes, Belgrade will double for Paris and other parts of Europe.

The series follows Bravo Team, a unit of the US Navy’s elite Seal Team, as they plan and undertake dangerous missions worldwide. Its star is US actor, DAVID BOREANAZ, star of shows such as Buffy the Vampire Slayer, Angel, Slayer, FBI, and Bones. Boreanaz is also a producer of Seal Team and came to Belgrade for the shoot. The show is one of the most successful on US network television and Season 3 will premiere in October 2019.

The Seal Team production will be shooting on location in and around the city and working with a large crew of Serbian technicians and actors. In particular, local stars such as Nikola Kojo, Bojan Lazarov and Tamara Aleksić have key roles as guest stars in the episodes. The production is also working closely with Serbian police and Ministry of Defense as Serbian armed forces are featured in the episodes working in close collaboration and as a partner-force together with the Seal Unit. The Prime Minister’s office together with the Government, Serbia Film Commission and Mayor’s office have been instrumental in assisting the production and the shoot.

The show is highlighting the city of Belgrade as a modern international capital, full of culture and beauty, and with Serbian people playing positive roles. The show’s producers were drawn by great locations, the collaboration of the Serbian Government and the experience of local film professionals. The film incentive was also a key element in attracting CBS to shoot here.

The local production company is Balkanic Media who recently completed production of the television show, THE OUTPOST, in Serbia of which Season 2 was shot at PFI Studios and around Belgrade. This project, done for NBC Universal and CW Network, is currently playing on Sci Fi channel.