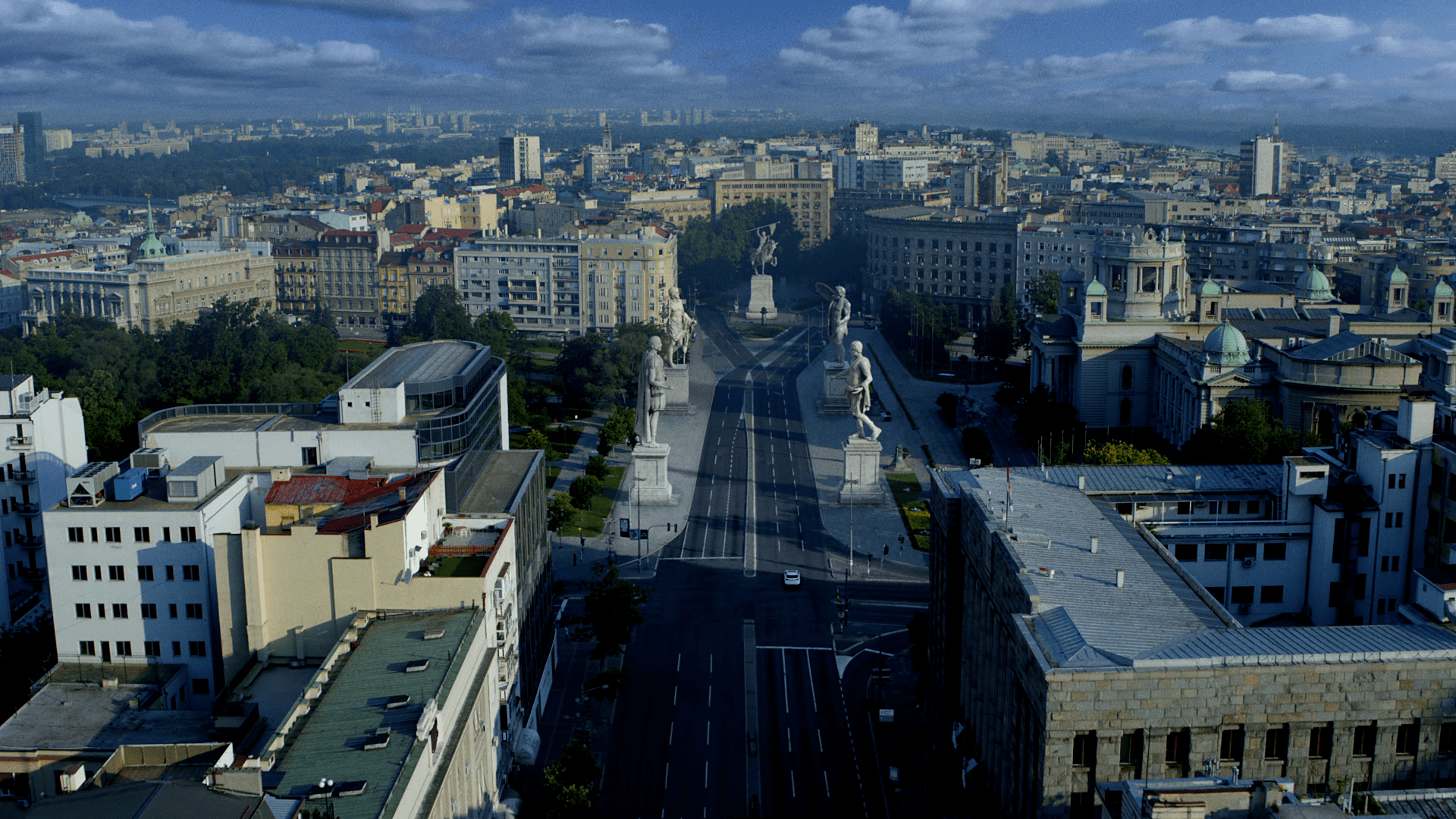 Again, Belgrade proved its reputation of “the most transformable” city. Tuna+Icon have gain trust of The&Partnership UK agency and together with Stink Films London brought famous brand Lexus to drive their latest RX model around Belgrade streets, which, for this occasion, transformed to New York roads. Impressive CG statues opened the central Nikola Pašić Square with National Assembly and Belgrade City Hall in background, while Ada Bridge got modern business district background. Drone captured stunning moments of Belgrade downtown in the dawn.

For five days, director Salomon Ligthelm and DP Nicolas Karakatsanis filmed all amazing shots at Kralj Aleksandar Boulevard, in front of St Marko`s Church, Main Post Office Building, at Kneza Miloša, Kralja Milana, Svetozara Markovića, 1300 kaplara Streets, Terazije and in front of Hotel Moscow and Yugoslav Drama Theater. For scenes out of the city, Location Manager Ilija Nikolić Svetac suggested roads around Avala Mountain, and its greenery and car absence made this the best option. Each day crew had 120 members, 250 extras on set, and since filming most of the scenes was on the move, it was flawlessly executed with Russian Arm.

The production design sector, headed by Sanela Spajić, successfully transformed the Palace “Albania” and the street in front of it into an authentic venue for parades that are usually organized in front of New York’s Times Square. During this operation, they had to control traffic around the whole quart, as well as to hide bunch of glowing commercials but at the same time add new ones.

“The project was very challenging from the beginning since the production company together with the director had to choose between Belgrade and Budapest as a filming location. After all efforts to bring this job to Belgrade, it was necessary to justify their trust”, says Lada Stamatov, who was executive producer together with Uroš Lazić and Tom Farley, from Stink Films. “In addition, another challenge was also short 2-week deadline for client to accept the proposed sites and for us to obtain permits for them, having in mind that this shooting had to completely block most prominent streets. With the great understanding and the huge help of the Belgrade city authorities, especially the city secretary, Darko Glavaš, everything was ready for shooting on time, and according to the wishes and demands of the director and director of photography. Our collaboration was full of understanding and support. His assistance and commitment was crucial, especially because of the deadlines we worked on and the requirement to close the main streets of the city center.”

Incentive programme of the Ministry of Economy, whose good and quick implementation and simple procedure orderly makes additional distinction compared to other countries of Eastern Europe, was again crucial advantage. Producers had in mind Government support for shooting commercials, and together with experienced and professional crew Belgrade’s vivid streets became best choice for new Lexus RX.