Preparing Serbian Danube for a starring role in the movies 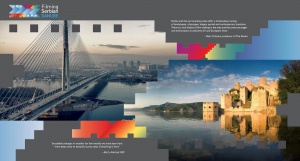 Project Duration: Preparing the Serbian Danube for a starring role in the movies was designed to build capacities of the cultural, tourism, natural and heritage stakeholders in the Danube-Serbia region and enhance film making activities as drivers of the local socio-economic development. Assessment of the current situation included 34 selected regions through surveys and in person meetings resulting in successful certification of 17 of them as “film friendly” and

104 public sector representatives being trained in working with film industry.The regional conference “Preparing the Danube for a Starring Role in the Movies”, first of its kind ever to be organized about film and tourism in Danube region presented the Film Environment Management Plan and guest from 6 Danube countries.