SERBIA – PERFECT FOR BUDGET WITHOUT COMPROMISING ON QUALITY

With the introduction of no-visa regime for stays of up to 30 days, Serbia has become the new go-to destination for Indian filmmakers in Europe. But not just for that! Shiva Ananth, Bollywood film producer (Chekka Chivantha Vaanam, Soorma…), explained us in this interview that locations, crews and good prices, are also playing key rolls for his colleagues while deciding to shoot in Serbia. 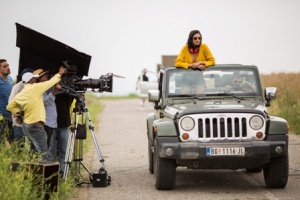 What was the key factor in deciding to film in Serbia? What is the biggest advantage of filming here?

In each of the three films we’ve shoot in Serbia we had special requirements. For one we needed to film in an airbase with active fighter jets. For another we needed to cast paraplegic athletics. We wanted untouched natural locations for the third. We could find them all in Serbia and the biggest advantage was all of it was affordable. We’re not Hollywood you see. So the numbers matter a lot. And Serbia was perfect for our budgets without compromising on quality.

What was your favorite production department while making your film? Can you share some certain impression about working with Serbian crews and production company (Clockwork Film Production)?

Both the production and art teams from Clockwork were excellent. The locations, day to day planning, vehicle and food management, equipment rental… Everything was planned ahead and the plans were executed as promised. 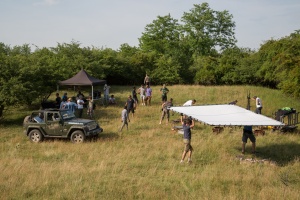 How did you cooperate with Serbian production designers?

The art team always matched our expectations whether in terms of creating new sets or to match what we had already filmed in India. Over the course of the three films I’ve earned the trust and friendship of the Serbian crew which I’m am very proud of.

Did you have good cooperation with local companies and institutions?

Yes. Through Clockwork we had access to all local companies and institutions right up to the very top; including the army and various City councils.

What is your favorite location you filmed in Serbia and why?

Novi Sad. The city and the people are so lovely. I’ll always remember Serbia and Serbians this way –warm, friendly, beautiful and accessible. Like Novi Sad.