The City of Zrenjanin lies on the meridian 20°23’ East and the parallel 45°23’ North, in the very center of the Serbian part of Banat region, on the River Begej and Tisa. Zrenjanin is 80 m.a.s.l., with the territory of the City ranging between 77 and 97 m.a.s.l.

Zrenjanin is on the Western edge of the Banat loess plateau, at the place where the channeled River Begej flows into the former bed of River Tisa. The area of the Municipality is unambiguously lowland.

Zrenjanin is a city with long tradition in several areas of cultural creation – theatre (it has the oldest theatre building in Serbia that was erected in 1839), music, and painting, non-professional art.

Zrenjanin is one of the cities which enjoyed favorable conditions for constructional development, and the circuitous course of the River Begej, with a large number of meanders, laid the foundations for the formation of city streets. This basic layout was preserved to these days.

Historical framework for the creation of Vojvodina cities, Zrenjanin including, belongs entirely to the 18th century. Once the center of the town was formed, there started construction works on other areas along the River Begej and, after the organized settlement of the Germans that took place until 1785, the first well regulated part of the city was  erected – “The New German City”. Bečkerek had the most complex urban planning layout that was untypical and much dispersed, but it also boasted more balanced development than most cities in its surroundings.

The completion of the city structure and the development of regulation matrix which has been preserved to this date, followed after the great fire in 1807. The renewal of the city brought the fastest development to it – in the fields of economy, culture, and construction. The population almost doubled in the 19th century and first monumental buildings appeared in the city center. To this date they have remained the symbols of the city and the representative samples of architectural heritage – the City Hall (erected in 1820, reconstructed and annexed in 1888), the Theater (1839), the Roman Catholic Cathedral (1868), the Trade Academy (1891), the Christian Reformed Church (1891), the Finance Palace which is today the National Museum (1894) and many others.

Our recommendation for visitors to Zrenjanin is to start their visit of the city and its surroundings by getting to know its cultural-historical monuments, the architectural heritage in the old city center, or any of cultural institutions that foster the rich tradition of human creation in this area. The old city center is composed of a set of attractive buildings, most of them erected in the 19th and early 20th centuries, in Kralja Aleksandra I Karađorđevića, Svetosavska, Gimnazijska, Pupinova, Narodnog fronta, Kralja Petra Prvog, Jevrejska, Svetozara Markovića streets, around Trg slobode, Trg dr Zorana Đinđića, and the “Small Bridge”.  There is also a unique holiday resort along city lakes that were created when the abandoned course of the River Begej was divided up.

The most important tourist and cultural institutions:

Zrenjanin is  50 km from Novi Sad, the Capital of the Autonomous Province Vojvodina, and at the same distance from what is currently the border with the European Union (Romania). This position makes Zrenjanin an extremely important transit center and a potential asset in the directions North – South and East – West.

The City is composed of the Zrenjanin urban core with 22 conglomerations. The City of Zrenjanin borders Kikinda (in the North), Žitište and Sečanj (in the East), Opovo and Kovačica municipalities (in the South-East), the Belgrade City Palilula Municipality (in the South), Titel and Žabalj (in the West) and Novi Bečej (in the North-West).

The E-70 road Zrenjanin – Belgrade, the road connecting it to the Capital of Serbia leads further from Belgrade to the West, towards Zagreb (Croatia) and Ljubljana (Slovenia), and further to Austria, Italy, France, etc. This road also leads to Sarajevo, Tuzla, and Banjaluka (Bosnia and Herzegovina). If you continue on this road from Belgrade to the South, you would arrive to Niš and Užice, Podgorica and Nikšić, Kosovo, or  Albany.

The road Zrenjanin – Novi Sad, the road that does not pass through any urban areas. It leads further to the West, towards Croatia and is intersected by the international road E-75 which connects the Central and Northern Europe with the South of Europe and the Middle East. To the North, corridor E-75 leads to Subotica, Szeged, and Budapest, and further to Poland, Slovakia, Germany, and Austria.  The Southern part of this road connects Zrenjanin with Macedonia, Greece, and Middle East, and one of its branches leads to Bulgaria.

Zrenjanin – Timisoara, the international road leading through Žitište and Srpska Crnja further to Arad (Romania), Ukraine, and Moldova, and other countries of former Soviet Union.

Zrenjanin – Kikinda, the road connecting Zrenjanin with the industrial and cultural center of the Northern Banat is used as an alternative road to Szeged (Hungary) and Timisoara (Romania).

Zrenjanin – Vršac is the road also used as the road to Timisoara (Romania). 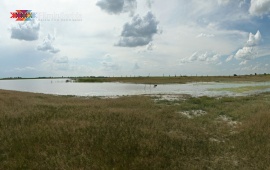 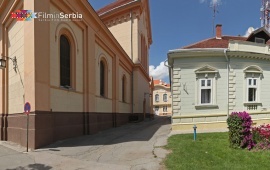 Go to Zrenjanin locations gallery
Back