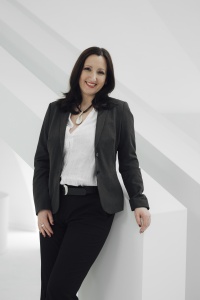 Senior Advisor to the Prime Minister for Creative Industries and Tourism says that thanks to the Incentive programme, production in Serbia increased 162% in 15 months!

How do you evaluate the results achieved after three years of introduction of incentive programs for film and audiovisual production? Your former role as film commissioner was the strongest voice for introduction of cash rebate for filmmaking.

As Film Commissioner, I began lobbying for Film Incentives in 2009 and since it was finally introduced in 2016, I’m delighted to report that the Serbia Film Incentive programme has proved more successful than even I could have hoped.  In just the first fifteen months, from April 2016 to June 2017, the total value of inbound production in all genres was € 23,1 million. The total amount of qualifying production Serbian expenditure (i.e. qualifying for the incentive) was € 18,9 million and the Serbian Incentive rebated RSD 467.509.098 (€ 3.8 million).

Feature film production alone increased over previous year total productions by 54%. Eleven TV commercials also qualified for the programme – and the Serbia Film Incentive remains one of the only programmes to include TVCs globally.

Importantly for government, our research showed that 61% of production expenditure in Serbia is spent with small business suppliers in the value chain. 39% was spent on direct labour (independent crew). The incentive program created 2254 project-based work opportunities, equivalent to 104 full time jobs.  The whole programme has offered such strong ROI, and has been so efficiently managed, that the rebate was increased to 25% for the 2019 year and the available budget doubled.

How closely do you collaborate with film industry now? What are usual demands that foreign film producers have for Serbian Government? What can they expect from you in the future?

The Serbian film sector receives unprecedented levels of support from our Prime Minister Ana Brnabić, who has been an enthusiastic champion of the Creative Sector, and has made the creative and digital industries, as well as education, her main policy focus. Therefore, I remain very much involved in the industry, and attuned to its needs. Having said that, the very success of the Serbia Film Commission means that most international enquiries are handled and dealt with before they ever come to me, but unusual locations remain a key request, since we have the experience and opportunity to facilitate access to some of the most important government owned properties in the country. Beyond immediate production requirements, there’s obviously growing demand for post-production services and also for film studios, and from the Prime Minister’s cabinet we continue to meet with investors and interested parties to find ways to attract investment in these areas. And we are constantly alert to opportunities to fine-tune the film incentive programme so that more films can spend more money in Serbia.

Are there any auxiliary legislation that you have put in place or plan to introduce in order to facilitate filmmaking environment?

From January 1st of this year, there is a so-called “IP Box” incentive, which is a lower taxation regime that applies to revenues from any intellectual property created in Serbia. The new tax regime covers not only patents but the works of authors such as movies, music, games, books etc. Tax on those revenues is just 3%, which is 80% lower than the regular 15% corporate income tax (CIT).  Any companies earning revenues in Serbia from feature film sales are therefore subject to an extremely low CIT regime, and the profits can be used for new projects. Additional recent changes to the CIT law provide a much better treatment of investments into culture and promotion which should incentivise the private sector to invest more in art, films and other creative endeavours through sponsorships and donations.

The budget for film industry is constantly increasing together with the budget for incentive program. Do you expect higher demand in the near future? What are next steps and plans of this Government regarding investments and support to film industry?

Under this government, we have seen the total budget for film production increased 50 times from what it was six or seven years ago. This includes the fund for Serbian content production as well as the incentive program that’s applicable to both local and international productions. It is especially gratifying to see that the program also hugely benefits local content production. We’ve seen amazing expansion of Serbian film and TV series production in the past couple of years – not only because the government funds are significantly higher but also because production standards have grown and crews are more sophisticated. The ultimate goal really is to give Serbian film and TV industry much bigger visibility globally, to enhance international co-productions for Serbian stories and to enable our actors and filmmakers to be recognised and work around the world.

But in spite of our increased financial support, we’re not interested in competing in a race to the bottom with incentives; there will always be competing destinations willing to offer more. So instead of simply continuing to raise the percentage of rebate, or cutting the qualifying threshold, our main priority has been to ensure the ongoing improvement of the quality of the programme. By that I mean focusing on internal operational issues so that rebate applications are assessed and paid out swiftly, or by fine tuning the thresholds to target business where we as a country want it.

Additionally, we’ve been keen to ensure that there are sufficient goods and services and depth of crew available in the country that film budgets can be spent on. We now need to train more people to work in film crews to cater to the demand. That’s why we supported the Serbia Film Commission and its Film Skills Academy which provided training for cameramen, production managers, film accounting, budgeting and planning in Movie Media Software, VFX producers and the like, resulting in more than 120 additional trained crew.

We are also keen to support the development of post- production facilities and production studios since what is on the ground now is often occupied and there is definite need for more capacity. For these kinds of investments, the Government can provide a combination of incentives, depending on the potential investor’s concrete plan.

The newly established platform “Serbia Creates” aims to globally represent Serbia as a country of innovations and creative people. How did you recognize film industry in that concept? Which segment of our film industry is now recognizable in the world?

We are aware that Serbia’s international reputation is unfortunately sometimes linked to events of the past. We realized that there needed to be a new narrative, a new way of talking about Serbia that recognised both the country’s cultural heritage and its ingenuity, innovativeness and creativity. Serbia Creates allows us to do that in a flexible, transparent and open way. And therefore Serbia Creates Film obviously sits comfortably alongside Music, Contemporary and Performing Arts, Technology, Gaming, Fashion, Design, Architecture and a whole range of other creative sectors, where Serbians themselves are doing great things and earning recognition all around the world. I believe we’ve succeeded in changing awareness of Serbia from just a little known destination to a viable, exciting creative partner for the production of films. And through our Serbia Creates Ambassadors programme we’ve also placed an additional spotlight on Serbian actors who’ve reached the very top of their fields, like Stefan Kapičić in Hollywood or Miloš Biković, who’s a superstar in Russia. We will continue to do that with a number of other filmmakers.

The film industry, and in particular the film incentive programme, is a shining example of good policy, implemented well. The results speak for themselves and the job creation and small business development all along the value chain provides concrete benefits for the Serbian economy and society. The two key organizations – the Serbia Film Centre and the Serbia Film Commission work very well together and with the supportive Ministry of Economy that provides the incentives, the President and Prime Minister personally, the industry is very well established and has great potential for further development.

But it’s also true that the lessons from the film sector are replicable in other creative industry subsectors. From an economic perspective, incentives can help remove some of the more contentious issues of funding, such as complaints of favouritism and nepotism, and they allow for a very simple relationship between funder and fundee: if you spend this, we will refund that. It allows partners to plan and cashflow better, and ensures that money is spent and documented ever before government refunds a cent. And while there is obviously a need for a cultural funding programme, the parts of the Creative Industries that don’t have a historic heritage value – gaming, VR and AR, or major events for instance – can be readily supported through such methods. We are constantly looking for models that will allow us to provide incentives to other subsectors.