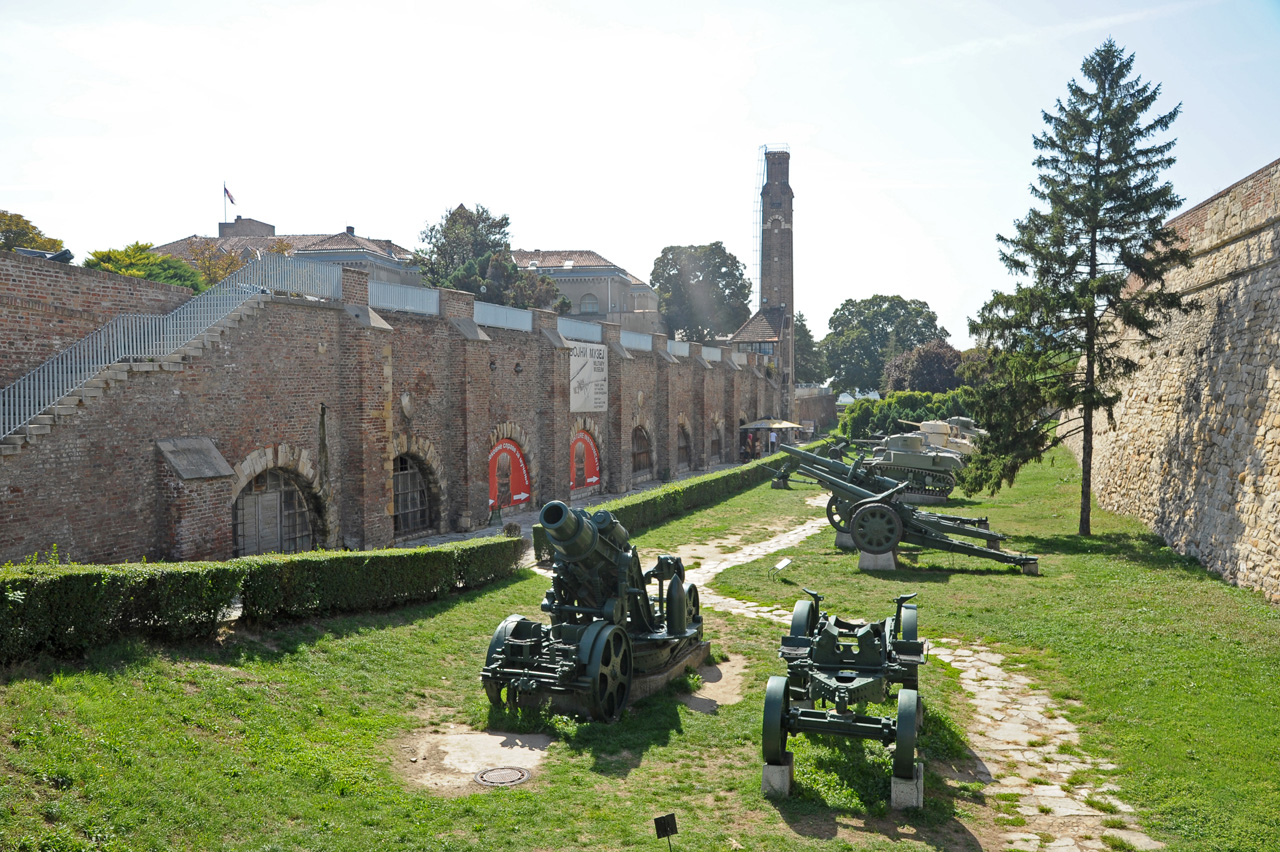 Belgrade Fortress is an old citadel surrounded by a beautiful park dating back from Roman times. It was founded in the 3rd century BC but was being repeatedly destroyed in the invasions by the Goths and the Huns. The Byzantine Emperor Justinian I rebuilt the Fortress around 535. In the following centuries the fortress suffered continuous destruction by successive waves of invaders and was rebuilt as a castle in the 12th century. The Upper and Lower Towns are surrounded by the biggest park in Belgrade with numerous winding walking paths, shady benches, picturesque fountains, random statues and incredible river views. The Kalemegdan fortress and the park are located in the very center of Belgrade, just minutes from the main shopping and pedestrian zone offering a green oasis in the middle of the urban capital. The cliff-like ridge overlooks the Great War Island and beautiful confluence of the Danube and Sava rivers. It is also well known for its kilometers long tunnels, underground corridors and catacombs. Kalemegdan Fortress was declared Monument of Culture of Exceptional Importance in 1979, and it is protected by the Republic of Serbia.