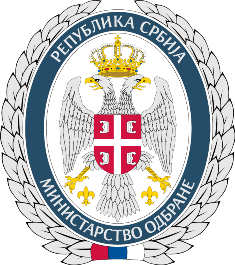 The Ministry of Defence of the Republic of Serbia proposes and implements the defence policy, implements laws and international contracts, bylaws and general policies of the National Assembly, the Government and acts of the President of the Republic in the field of defence.

As part of performing its informative and cultural functions, the Ministry of Defence fosters cooperation with production companies and televisions which is reflected in providing services related to making documentaries, feature films, television projects and educational programmes.

Since 2015, the Ministry has been a film friendly institution and as such, it seeks to establish procedures and services that would ensure a professional film and television production and continuous cooperation with the film sector in attracting international film productions to Serbia.