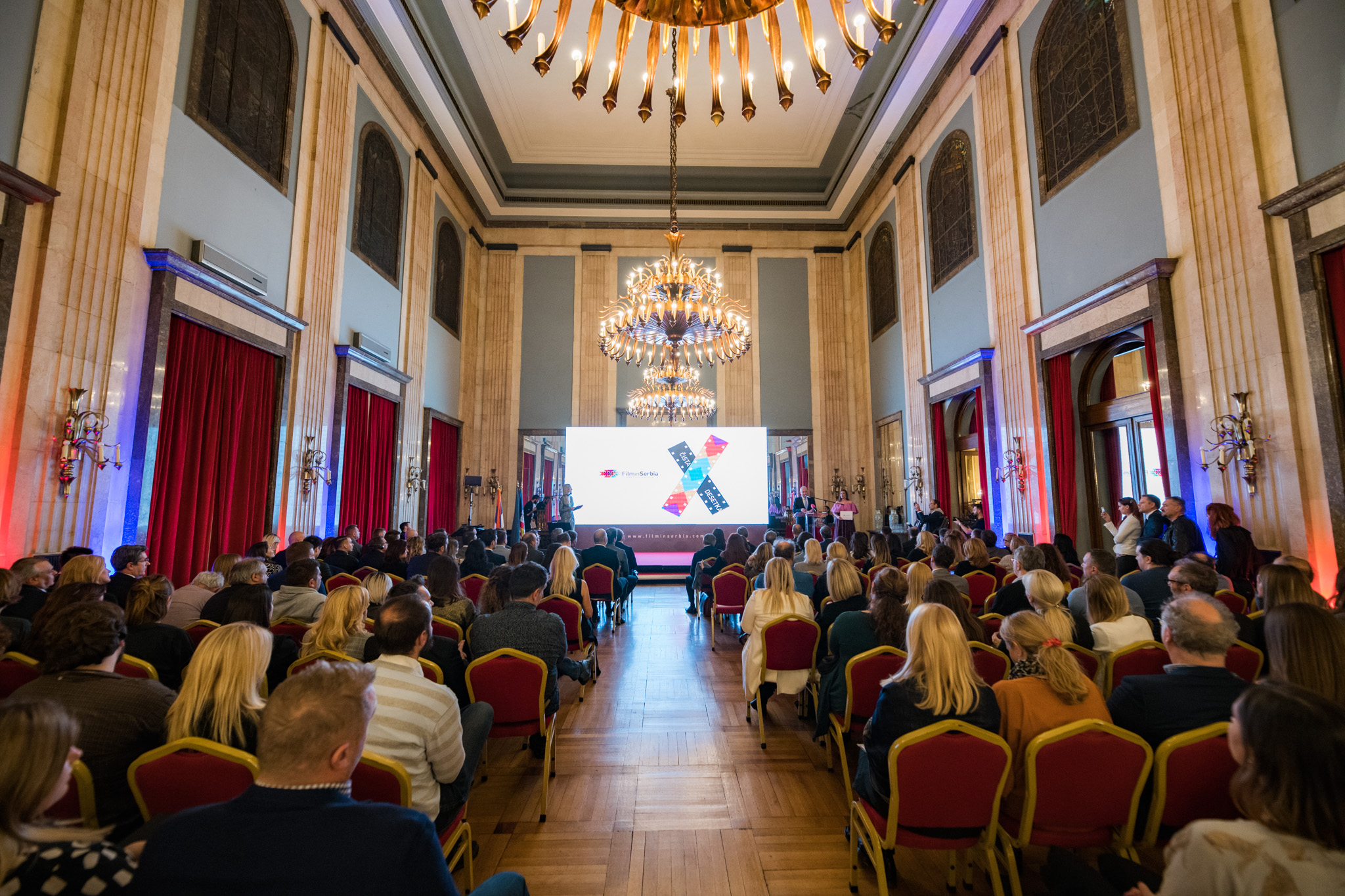 Last night Serbia Film Commission has celebrated 10-year anniversary at the gala ceremony held in Belgrade City Hall. Belgrade City Mayor professor Zoran Radojičić, and more than 150 Government and public sector representatives, together with industry members attended this event. It was a great opportunity to take a look at all SFC achievements, film and advertising projects, global artists that filmed in Serbia. To express gratitude to all who continually provide support to every shooting in Serbia during these first 10 years, Serbia Film Commission awarded 32 institutions and organizations with honors in three categories – the most attractive film location, best Film Friendly partners and best business partners.

Serbian Prime Minister Ana Brnabić send a video message expressing congratulations on the achievements and the warm wishes for years to come with strong support to creative industries which reflect continuous increase of national film budget both through film fund and incentive scheme.

Since 2009, SFC has gathered about 60 members, including most relevant production companies, services, rentals, post production and business members. After years of advocacy, in 2015 we welcomed implementation of Incentive programme for filming in Serbia that enlarged number of foreign shooting in dozens of most attractive interior and exterior locations in Serbia – Sava Center and KPGT, Belgrade downtown, Kalemegdan Fortress, Royal Palaces, City of Pančevo, Smederevo Fortress, Novi Sad and Petrovaradin Fortress, mountains Stara planina and Tara.  Today, Serbian Incentive programme supported over 140 projects providing a 25% cash rebate on qualified Serbian spend for feature films, TV series, animation films and visual effects, TV commercials and documentaries, and continues to expand with 30% cash rebate on qualified Serbian spend for feature films whose budget is minimum 5.000.000 EUR.

Recently conducted analysis of economic effects of Incentive programme of Ministry of Economy produced in collaboration with Faculty of Economic in Belgrade demonstrates that the Incentives contributed to the rise of employment in the film sector by 57%. Each euro invested in servicing production of foreign films and commercials has returned to the state budget with 2,4 EUR, and direct income of our economy on 1 EUR invested is 5,2 EUR. The overall film sector for the past 4 years has generated over 100 million euros to the Serbian economy.

The latest recap of some of the most memorable locations and scenes proves that Belgrade and Serbia have so much to offer to international productions.