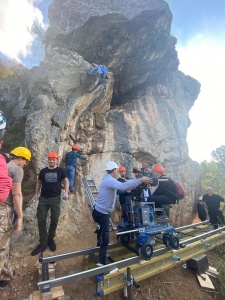 In most of the countries, due to covid-19 prevention measures, the audience is spending more time at home so the demands for various types of content have increased. Production companies in Serbia were allowed to shoot their projects in accordance with the health and safety measures and recommendations. Thanks to that, many productions could finish shootings they’ve planned, although under the new circumstances, and continued their work beside specific conditions. This, as well as the rising role of location managers in Serbian productions, were the main topic we discussed with location manager Miljan Gogić. Before starting the career of a location manager, Miljan gained vast experience as a manager, producer and director he was also an advisor of the vice president of the National Assembly of Serbia. Three years ago he founded GM Locations & Scouting.

How much did the pandemic affect the scope of your work and did you work more on domestic or foreign projects? What is the latest project you worked on that audience will be able to watch in the upcoming period?

Last year was completely new experience for everyone, but for me it was very interesting because I was part of the production team of the feature film “Christmas ball”, which is an American production, as well as of the UK feature film “The Ledge”. Both films were serviced by Red Production, production company I work a lot with.

Another recent project, which will certainly provoke great interest among the local audience, is the adaptation of notable work of Serbian literature into TV series “Vreme zla”, directed by Ivan Živković and produced by Eye to Eye production company. The shooting lasted 112 days over a period of 6 months. A great production team led by Goran Šušljik and Nikola Pantelić managed to provide all safety measures, as well as frequent testing throughout the shooting period. We are especially proud of the fact that the shooting was successfully completed without a single case of infection.

In addition to feature films and TV series, I did a number of commercials. I would like to single out the cooperation with the production company from Israel, on the campaign for HUAWEI APP. From all the above, I can only conclude that 2020 was not so bad in my case. I have to admit that during the pandemic, the number of international projects even increased to certain extent due to the fact that Serbia was one of the few places during the pandemic where it was possible to work under the following guidelines. 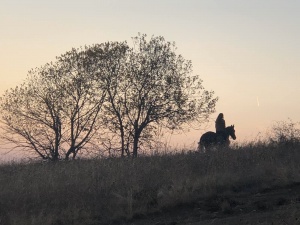 Having a location manager on set is extremely important, because we take care of logistics, which is necessary for the project to be successfully completed. At the same time it provides assurance to location owner that everything will be returned to its original condition as soon as crew leaves the location.

When working with foreign productions, preparations last much longer since there are many options to take into consideration. But when it comes to understanding the environment of the location and other aspects concerning the logistics, international productions are ready to respect and follow local advice in order to make the best choice.

Also, the level of freedom during scouting for foreign productions inspires you to fully explore your own creativity in order to find the perfect location. In the last couple of years, our crews earned the trust of international productions, and they are now aware that Serbia offers good location managers who follow same professional approach as elsewhere to find locations in accordance with the script. Technology has helped us a lot, because we are now able to show locations even via video call.

How would you describe the shooting of the series Vreme zla? How much of it was shoton authentic locations? What was the process of research and making the final decisions like?

In my opinion, the series “Vreme zla” will bring many innovations to our home screens, especially in terms of production. It was shot on over 300 locations, much more than any other domestic projects ever had. We filmed in Belgrade, Pančevo, Valjevo, Knjaževac, Pirot, Jagodina, Mokra Gora, Tara, Stara planina, and just a couple of scenes were shot in the studio. It is the level that only foreign series and films had up until now. The locations are mostly realistic. We tried to choose locations that have not been used so far, and I think we did a good job. I am very proud of the fact that we created the series that will definitely attract the audience. Our creative team was led by Ivan Živković and Goran Šušljik, while production sector was held by Nikola Pantelić, so I think it is the guarantee that the series will be a success. 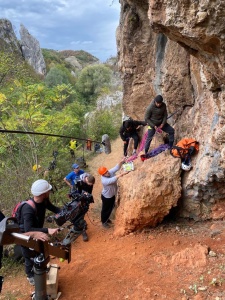 Do you think that the rising trend of TV series in the local market represents an opportunity for the profession of location managers to be more appreciated and for audience to enjoy some new locations?

It is always interesting to discover new locations both in Serbia and neighboring countries  as the attractiveness of the Balkans as filming destination increases. As a location manager, I had the opportunity to travel a lot in the previous year and get to know parts of our country that I did not have the opportunity to visit before. I always try to discover new hidden gems, and additional satisfaction is when they are revealed on the screen for the first time.

Your colleagues constantly emphasize good cooperation they have with local authorities in Serbia and their positive attitude towards film crews. What is your experience? What are the most important benefits that cities and municipalities have of the film friendly concept?

It is crucial to maintain good relations with local authorities. They make our job much easier, so it is important to have good communication and build the mutual trust.

In October, during the shooting of the film “The Ledge”, I introduced part of the crew to the mayor of Niš, who welcomed us warmly understanding the importance of this kind of activities, especially when it comes to representation of our country globally. She helped us  organize the shooting under best possible conditions, in a beautiful part of Jelašnička gorge. I am pointing this out as one of the great examples, which illustrates the hospitality Serbia and the Balkans is well known for. Here, I also have to mention people from Pančevo, Pirot, Zaječar, Knjaževac, Subotica, Zrenjanin, Zemun, Valjevo, Zlatibor and Novi Pazar who completely understand the film friendly concept, but I shouldn’t forget Belgrade public offices, such as the Secretariat for Traffic of the City of Belgrade, PE Roads of Belgrade, City Greenery, Srbijašume, but also our ministries and state institutions. Cooperation with the National Assembly is precious, too.

Many state companies understand our work and react quickly, and with some companies we are still looking for the best possible model or a solution so that foreign productions do not feel as they are paying more than they should so this is also one of the tasks of the film friendly concept. 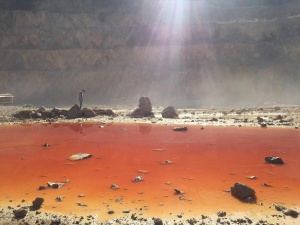 What are your three favorite filming locations in Serbia?

This question is not easy to answer, because there are so many locations I like. I have to say that some villages in Jelašnička and Sićevačka gorges, in south of Serbia, had left a great impression on me. Also, I like Rajačke pimnice and Ram fortress, and I can’t omit Deliblato Sands, Valjevo and Tara Mountain since they are our well-known filming locations.

As a location manager, what part of your job (do) you like the most? What part of the job you find the most interesting?

What still attract me to this job are the curiosity and the constant pursuit for new locations. One day I’m looking for some historical location, and tomorrow some place that’s good for a sci fi movie. It is also exciting when production asks me to find locations that can replace some countries, such as Germany, France, Italy or Spain. I recently made a presentation with Belgrade locations to double for Berlin. It’s a great feeling when you see our cities doubling some foreign destinations and how you can replace almost every city on the screen only if you observe closely. I also enjoy traveling and working with people from different countries and cultures. We, as location managers, always watch, learn and have very open and honest conversations. Each day of the work agenda is different! These are the things I like the most as well as a sense of accomplishment after every completed project.

What does it take to become a Location Manager? How does the scouting process look like? Which skills are crucial?

I have been part of various production companies in which I gained different kind of experience. As a producer, I also spent part of my career in the public sector so I know both sides of the coin and the position of a location manager combines these two professional experiences in the best way. The key thing in this business is your relationship with people. It is very important to build good relations with those who I work with. We must be patient, kind and honest. 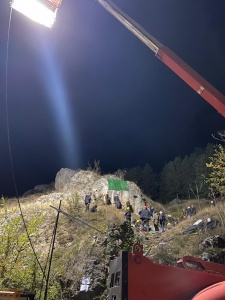 When you come to a private location with big production team for the first time, it can be quite stressful for the owners, especially in the first days of filming when you have a lot of vehicles on the set, a lot of people, trucks with equipment. Owners need to know that we will treat their home, office, location with respect and make sure that complete property is fully protected, especially things that are sensitive and precious.

Scouting usually takes a lot of time, and perhaps many people will have to visit the location many times before they decide to film. Organizational skills are extremely important, and as a location manager you are always first on the set and usually you leave last. You need to handle all logistical questions about the location. Hours on the set always seem longer and we have to resolve all tasks in order to finish the shooting successfully. In addition to organizational skills communication skills are one of the most important components for location managers during the production.