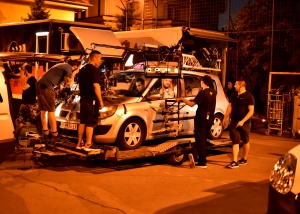 Viktorija Film is a successful film company which develops its own projects for decades. At the same time, they are relentlessly doing service production covering entire palette of film genres and other contents. At the end of this challenging year, Marko Jocić was a perfect person to give us the complete insight of the situation in Serbian film industry in the era of the global pandemic.

How would you describe the current production situation Serbia? How much did the pandemic change preproduction processes and planning?

Overall, the situation with development of projects and shooting is quite satisfying, having in mind we are in the pandemic period. TV production is blooming in Serbia, and this crisis hasn’t affected it at all – in fact it gave a certain stimulus to all TV projects globally. People don’t go out as much as before, so they spend more time in front of their screens and on the streaming platforms. On the other hand, some parts of the industry, such cinemas and distributors, are probably experiencing the hardest times in their history. It will have an effect in the near future as there are so many new titles that still haven’t reached cinemas, in order to be launched in some better times with pandemic under control or mass vaccination being available. And this is the issue of the whole world, not just of our country.

Pre-production and planning have changed and became more complex due to challenges that covid-19 brought to us. Now, our Health and Safety coordinators have additional tasks during the set, we are testing our complete crew on a regular basis and we use protection equipment constantly. Also there is a complete new shooting procedure, in which we pay attention to finding the best logistics models and ways of applying the H&S measurements – and that depends on the type of shooting. We are faced with inability to film in certain locations – which are not suitable according to the covid-19 protocol, and we are forced to avoid, or have restriction on hiring older actors and crew members who are risk groups. Insurance companies had limited their services, but it was expected since this situation was something completely new for them. Unfortunately, any covid-19 positive crew member is not only the health risk for every person on the set, but it produces delay and going over budget. Protection measures are planned and applied in advance, following the world praxis and recommendations, in order to reduce the risk as much as possible. 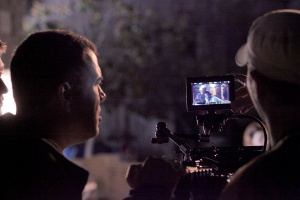 What is the interest in film productions at the moment, or have TV series taken the dominant role? Are you, as Viktorija Film, considering to make that kind of shift?

The interest in making movies still exists. There are also contracts signed with Film Center Serbia, which finances most of the Serbian film production, that follow certain deadlines and obligations. The fact that there is no distribution now, additionally complicates everything, also release dates are unknown, so we have to be cautious with approach to film projects. As I already mentioned, TV series production reached its historical peak, here and globally, and it doesn’t depend on cinemas. In Serbia, that trend lasts for several years and TV production has overtaken the production of film in the number of projects released annually.

Viktorija Film, of course, won’t quit making films as they are and will be our main focus, although it is more risky than TV series production. In producing a film we depend on box offices while TV producers get their profit in the production itself. However, we do work on TV series in parallel to our film projects. We follow the trends and enjoy creative challenges and that is the only way to stay relevant in any business. At the same time, it is our model for reducing the investment risks.

How would you describe the projects that are currently service produced? From which countries are projects coming in Serbia? What is our biggest advantage and opportunity in these times?

At this moment, Serbian production companies service both TV series and films. There are many reasons why pandemic reduced the number of projects. Some of them are logistic, such as travelling, testing procedures, possibility of being in quarantine, availability of locations. Others are related to production risks and insurance. We are getting inquiries for projects from USA and Italy mainly. Serbia had good situation after spring this year, and during that period my company was actively working on many requests, which is not the case now.

Government incentives, professional and experienced crews and strict application of international measures for film productions during covid-19 are key in remaining one of the most desirable destinations for filming – there is nothing more I can suggest since the situation is quite unpredictable. 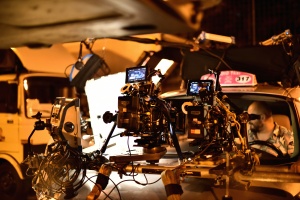 You’ve recently added an animated film to your list of co-produced projects. Have you found producing computer generated projects – for which the audience is getting more and more interested, easier than doing live action contents?

That’s right! Together with great and talented team from Blink Studio I am co-producing the animated feature Twice upon a Time. My company, more than any other in Serbia, has done most different kinds of titles. From art-house projects, dramas, thrillers and biographical to SF and horror films. We have tested every possible model of film financing, which is really unusual, because in Europe majority of projects are produced following the European Convention on Cinematographic Co-Production. I personally, find diversity of projects exciting and it keeps us fresh, so over the years it became signature mark of Viktorija Film.

Computer generated content in film and TV is more and more present and their use will continue to rise. I am following the situation in China really carefully, and in the other countries, too – they are doing a lot of films made in studios completely, without shooting on locations at all. It is interesting that a company like Disney, alongside working with classical CG, is developing its own version of deepfake AI for movies. But, there will always be place for live action, not just until the computer generated work becomes more cost effective, but because of the creative and artistic level of expression.

Can you imagine some of your next projects being done in that way?

Sure! We’ve already done films whose postproduction included CG, in amount unusual for Serbian productions. We are now working on a short film, which will be done mostly in the virtual environment such as Unity. Some of our future projects are planned to be made using classical, but also innovative CG models. We are lucky that Serbian VFX studios have great knowledge and expertise, looking up to the world standards and trends. The fact they can do almost everything in CG and that they are more affordable than foreign studios is are certainly one of the most important pillars of our service production. Also, they are more resistant to crisis like pandemics and their future is definitely bright. 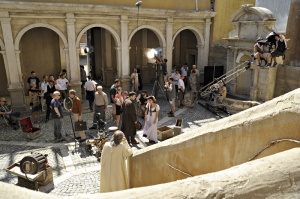 What are the projects Viktorija film is working on at the moment? How far can you plan in these circumstances?

Viktorija Film is currently developing two feature films, which are supported by Film Center Serbia. One is a psychological thriller with working title Isolation, and the other one is a comedy titled Blue Sapphire. Short dancing film The Isotopes of Soul is in the final postproduction phase, and we are doing co-production of animated feature film, above mentioned. There are two other films, where we serve as executive producers for other companies. And those are just the projects we started doing before the pandemic. Besides that, we are developing four TV series for Serbian market, and two in cooperation with companies from the region. Viktorija Film is constantly in touch with different foreign partners for service productions and we are waiting for circumstances to get better to initiate our collaboration.

Planning is necessary, independently of circumstances, especially during the crisis. Of course, we now live the life full of unknown, but doing the smart analysis can help you in preventing potential mistakes. Also, in the regular circumstances, it is quite common that films are being developed for years before the shooting starts. Pandemic will come to its end eventually, according to the predictions of health experts in a year or two from now, so the project development shouldn’t be stopped, and all the shootings should be done carefully and wisely, while following the health measurements.

Mostly, the whole industry is hoping that in the near future the situation will become better and that we will again work under the usual conditions we used to. Until that, we have to be brave and try to hold on, like all other industries do.