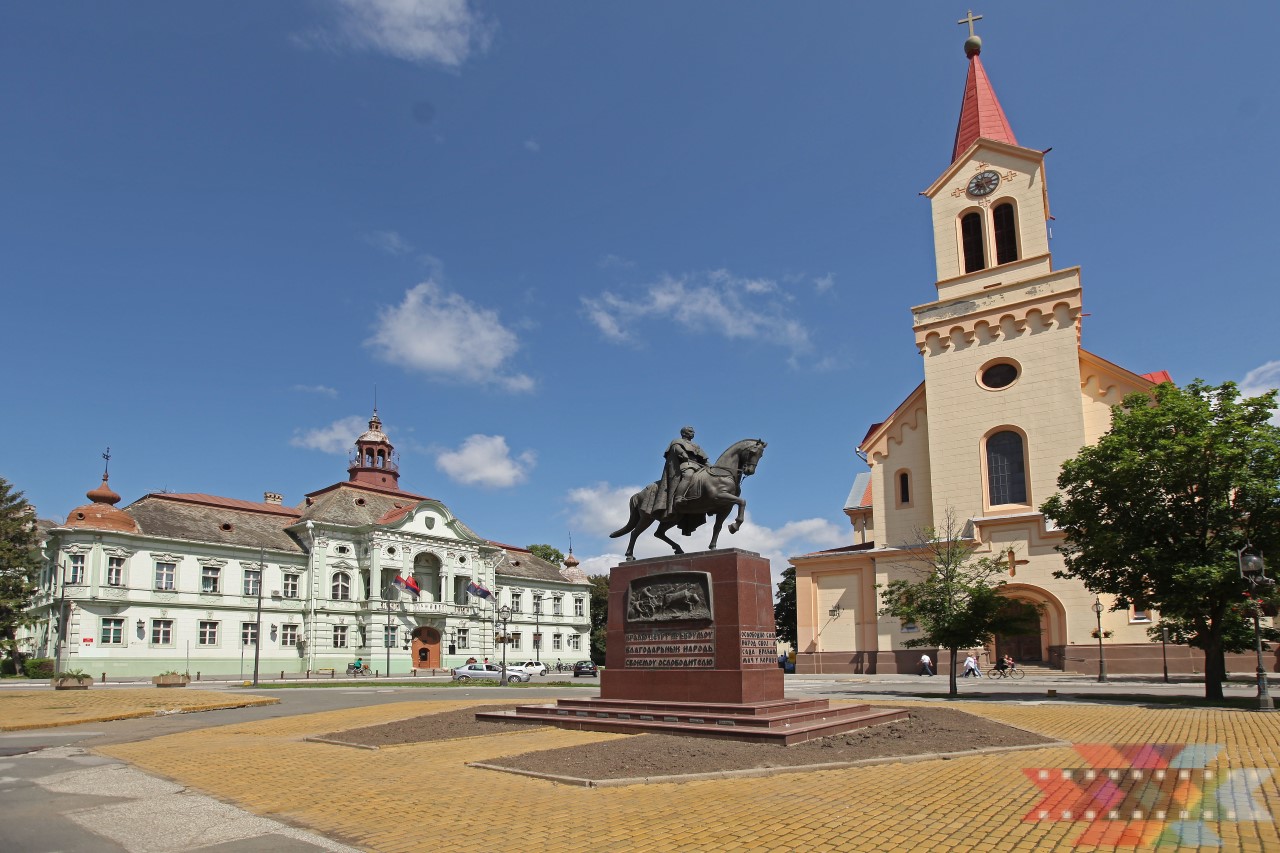 Zrenjanin City Hall is located at Liberty Square. The county building was re-constructed in 19th century, under projects of two renowned architects from Budapest. The building was added by right and left wings, modernized facade in neo-baroque, new balcony, roof tile patterns and several other things like electrical lightning and telephone line. At that time, it was the most modern building in southern part of the Kingdom of Hungary. There are 135 offices connected by a labyrinth of halls and staircases. The basement is placed under the whole building.

On the first floor of the central part of the building, there is a Baroque or ceremonial hall, which was previously used for meetings. What interior of the county palace makes more interesting, are a large stained glass windows, which are located above the main staircase in the building. Symbolically represent – Wisdom, Justice and Power. These stained glass windows, installed on the windows to the City garden, in addition to decorative functions have artistic value.